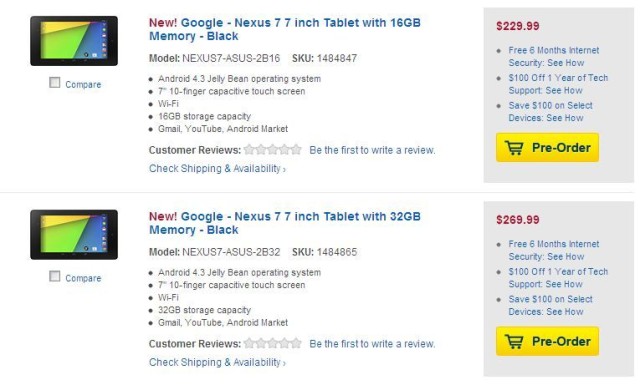 Google’s Sundar Pichai will host an Android event in San Francisco today, where we expect to see Android 4.3 and the new Nexus 7 get their official unveilings. But the latter has already been put up for pre-order at Best Buy and Sam’s Club, where its price tag and specifications are confirmed.

As expected, the second-generation Nexus 7 will be the first to run Android 4.3 Jelly Bean, and it will do so with the help of a 1.5GHz quad-core Snapdragon S4 Pro processor, Adreno 320 graphics, 2GB of RAM, and either 16GB or 32GB of internal storage. 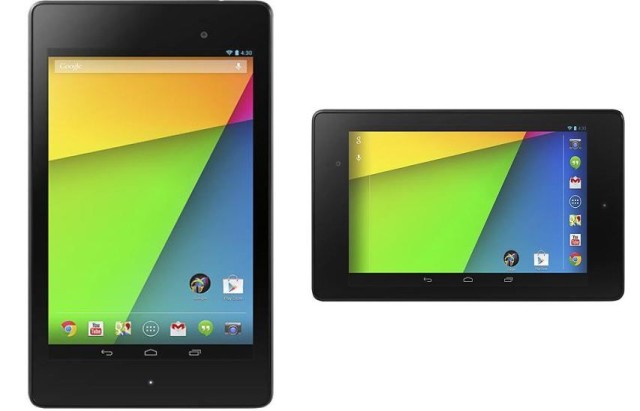 As you can see from the pictures above and below, Best Buy has also published a full gallery of press shots for the new device, which reveal its new wallpaper, and its new design from every angle. It looks similar to its predecessor — which is certainly not a bad thing — but there are some changes here and there. 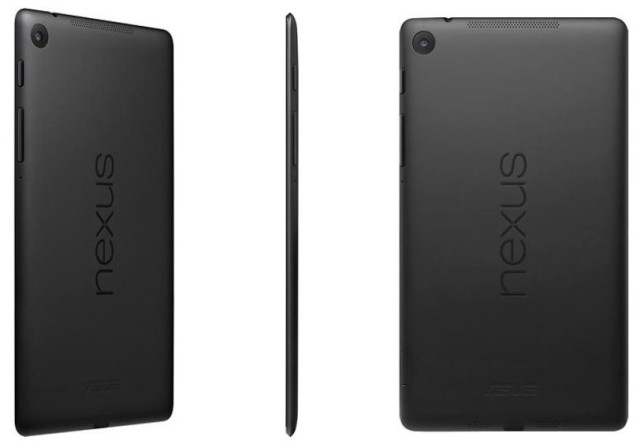 If you had any doubts that we would get a new Nexus 7 tablet today, then, this should banish those once and for all. It’s unclear why Best Buy and Sam’s Club are already offering the device prior to its official unveiling, but we can’t complain.

It does mean that breakfast with Pichai later today will be a little boring, though.