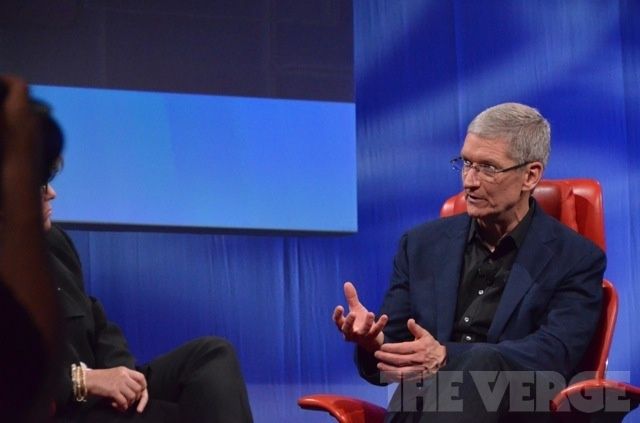 During a Q&A session at D11 last night, Tim Cook was asked whether Apple would ever port any of its apps to rival platforms like Android or Windows Phone. His response was somewhat surprising; Cook said that Apple wasn’t against porting apps and services to other platforms — if it made sense.

The only problem is, Cook doesn’t believe that it does make sense.

“Would Apple port an app from iOS to Android? We have no religious issue,” he said. “If we thought it made sense to do that, we would do that. You can take the same philosophy and apply it to iCloud… Would it make sense for iCloud? It doesn’t today.”

So, basically, Cook said that while Apple wasn’t against porting apps to Android, it doesn’t think it makes sense, and therefore it won’t do it. At least not right now, and probably not in the future, either.

Cook does have a point when it comes to iCloud. Android has its own backup service built-in, and other iCloud features don’t work without the necessary apps and services, such as iTunes. But other Apple services would probably do very well on other platforms.

Take iMessage, for example. It’s a terrific messaging service, and it’s even better if you use multiple Mac and iOS devices, because you can read and reply your messages on all of them. But wouldn’t it be even greater if you could do the same on your Android device, too?

The same goes for FaceTime. These services would almost certainly be even bigger if they were available on other platforms.

BlackBerry has just realized this. Earlier this month, the Canadian company announced that it will finally bring BlackBerry Messenger to Android and iOS this summer. It’ll be the first time the hugely popular service has gone cross-platform, and it’s sure to make it even more successful.

What do you think? Would you like to see apps and services like iMessage and FaceTime on other platforms, or should they remain exclusive to Apple’s?