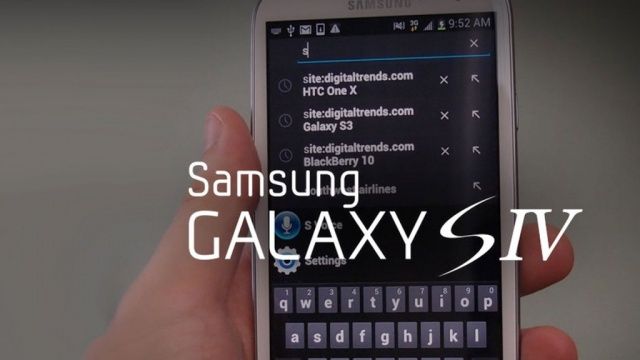 Samsung’s Galaxy S IV event is “definitely” scheduled for March 14, according to sources familiar with the Korean company’s plans. On Monday, we heard the device would be unveiled on that date at an event in New York City, and those claims have now been “confirmed.” However, it’s still unclear when the device — which is likely to be one of the most successful smartphones of 2013 — will go on sale.

We first heard the Galaxy S IV would be unveiled on March 14 via Eldar Murtazin, founder of Russian website Mobile-Review. Murtazin teased on Twitter that a “big announcement” would be made on this date, and that “HTC will miss HTC One sales again.”

Although he didn’t mention the Galaxy S IV specifically, his comment regarding the HTC One was a clear reference to how the Galaxy S III cannibalized HTC One X sales around the same time last year.

Now sources for The Verge have confirmed that Samsung will “definitely” unveil the Galaxy S IV on March 14 at an event in the U.S. — though they didn’t confirm where exactly, or when the device will be available. What they are claiming is that like its predecessor, the Galaxy S IV is a “tightly-guarded secret,” which is why we haven’t really seen any convincing images of the device up to this point.

The sources also claim that Samsung will emphasize features over specifications, like it did with the Galaxy S III and things like Smart Stay and the “nature UX.” However, you can expect some impressive specifications, like Samsung’s new Exynos 5 Octa eight-core processor, a 4.99-inch 1080p display, and a 13-megapixel camera.

“The leap in cool new features from [Galaxy S III] to the next flagship will be bigger” than the leap from the Galaxy S II to the S III, the sources claim.