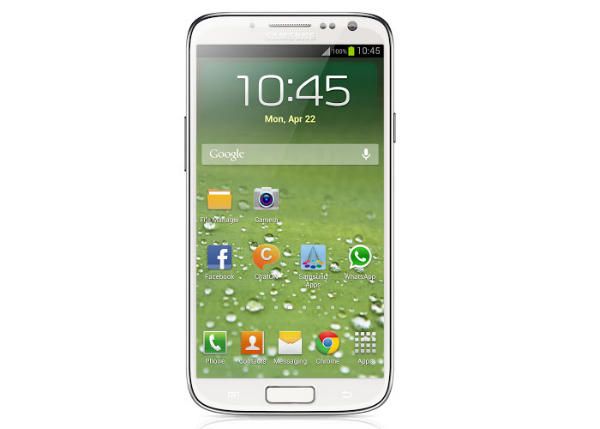 A purported press image for the Galaxy S IV.

Following the success of the Galaxy S III — and indeed the Galaxy S II before it — the Galaxy S IV is expected to become one of the biggest smartphones of 2013. So it’s no wonder that Android fans are eagerly anticipating its arrival. According to the latest report, the device will get its grand unveiling on March 14 at an event in New York.

That’s according to Eldar Murtazin, the founder of Russian website Mobile-Review, who has a relatively good track record when it comes to smartphone rumors. “Save the date for a big announcement — March 14,” Murtazin announced on Twitter, before adding “HTC will miss HTC One sales again. Like it was in 2012.”

When asked where the event would be held, Murtazin confirmed it would be in New York.

Murtazin doesn’t actually mention the Galaxy S IV, but it’s clear this is the handset he’s referring to; his comment about the HTC One makes it obvious. HTC launched the One X back in April of last year, a month before the Galaxy S III was announced, and it struggled to compete with Samsung’s device.

Although HTC is expected to unveil something special with the One this time around, it’ll still have a hard time competing with the Galaxy S IV. Samsung’s Galaxy devices have been selling incredibly well in recent years, and they’re becoming increasingly popular with each generation.

That’s unlikely to change with the Galaxy S IV, which is expected to offer a 4.99-inch 1080p display, a new Exynos 5 Octa eight-core processor, 2GB of RAM, and a 13-megapixel rear-facing camera. It’s also likely to run Android 4.2.2 Jelly Bean out of the box.

If Samsung’s event is indeed scheduled for March 14, we should get official confirmation from the Korean company in early March. As soon as we do, we’ll be sure to let you know.