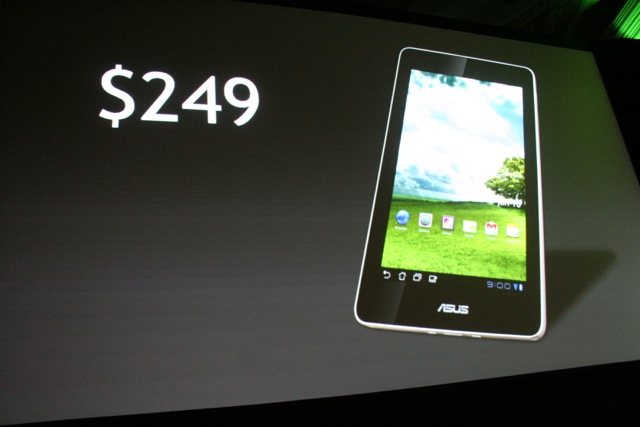 That’s an Android Fire price point but a boatload more horsepower. The Tegra 3 already runs Asus’s Transformer Prime tablet/PC, which is getting good reviews for performance.

According to Asus, the new 7-incher has a good camera, high-def screen and all-day battery, but costs just $50 more than Amazon’s similarly-sized tab. An image of the device leaked before the show. 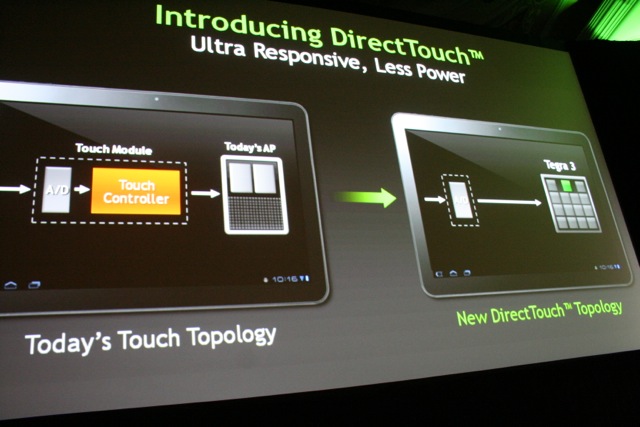