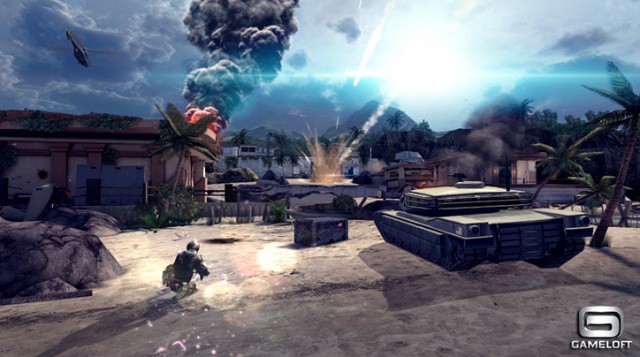 Gameloft has announced that Modern Combat 4: Zero Hour, the latest addition to its series of first-person shooters, will make its debut on iOS this Thursday, December 6, before arriving on Android “shortly after.” We’ve been following the title’s development since Gameloft released its first teaser tailer back in September, and we couldn’t be more excited. If you’re a fan of FPS games, this is the title to look out for.

Gameloft’s Modern Combat series has always been the closest alternative to games like Call of Duty on Android and iOS. The first three have been some of the best FPS games to reach mobile devices, and the fourth promises to be even greater, with “exceptional graphics, a AAA campaign and a greatly improved multiplayer mode.”

Gameloft teased the new multiplayer mode back in November and said that it has been “completely redesigned in order to offer the best online experience ever created on smartphone.” In addition to the new visuals, it offers new game modes for up to 12-player multiplayer.

We’ll let you know as soon as Modern Combat 4: Zero Hour hits the App Store and Google Play. The company has announced on Twitter that it will arrive on iOS first on December 6, then on Android a short while later. The hard decision now, of course, will be what you play first — Modern Combat 4 or Grand Theft Auto: Vice City.