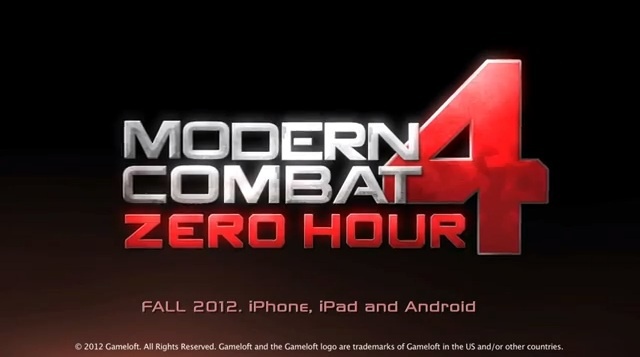 Gameloft is doing what it does best: teasing its upcoming titles. Next on their list is Modern Combat 4: Zero Hour and they’ve released quite the reveal trailer for us to drool over. Being released for Android and iOS this fall, the next installation in the Modern Combat series looks just as intense as the 3rd and chock full of guns, ammo and bloodshed.

Travel to the islands of Hawaii in search of the recently kidnapped President Burke. Go up against some of the most ruthless mercenaries, extremists and traitors the world has ever seen. What more could one ask for in a mobile FPS?