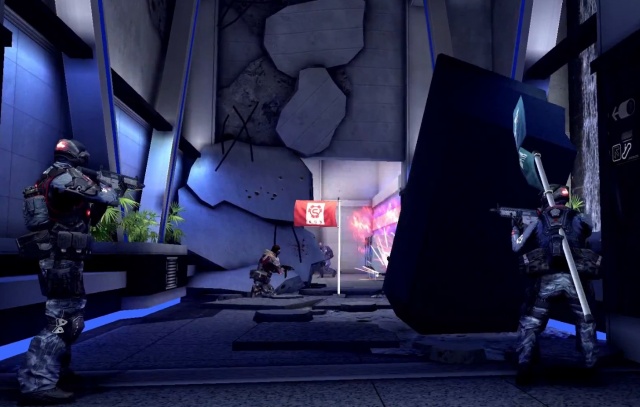 Gameloft is gearing up to release Modern Combat 4: Zero Hour — the best Call of Duty alternative you’ll find on Android and iOS — later this year, but not before it’s teased us with more videos. The latest takes a look at the game’s 12-player online multiplayer mode, and the different game types it offers.

Gameloft’s previous Modern Combat titles have all offered online multiplayer modes, but Zero Hour promises to be the best. According to Gameloft, it’s been “completely redesigned in order to offer the best online experience ever created on Smartphone.” Check it out in the video below.

I don’t know about you, but I think Zero Hour’s new multiplayer mode looks awesome. I can’t wait to get my hands on it. I just wish there was an alternative to the virtual controls; I still don’t think you can beat a physical controller for first-person shooters.