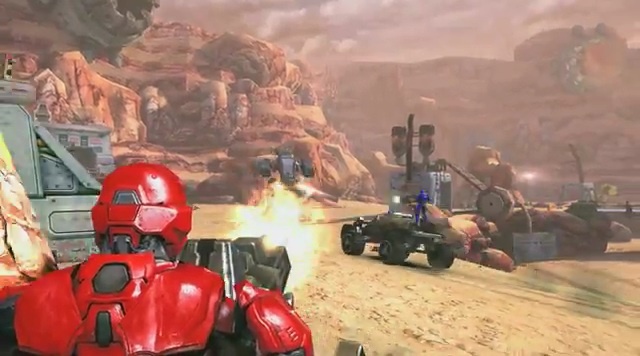 If you’re a fan of first-person shooters and gaming on your mobile devices, then you should be looking forward to N.O.V.A. 3 from Gameloft. The company’s first N.O.V.A. titles have been two of the best smartphone shooters available — particularly on iOS — and the latest promises to be even better.

The one-minute clip features some awesome, Halo-esque gameplay that’s sure to get any FPS fan drooling all over their holographic scope. Its graphics look simply stunning, and I’ll bet they rival the latest console visuals on the new iPad’s Retina display.

Gameloft teases the ability to team up with friends to drive vehicles; the option to customize your character with colored armor and up to five weapons sets; plus six addictive game modes, six huge maps, and ten deadly weapons.

Although we’ll have to play it before we can cast any real opinion, it certainly looks like Gameloft has finally nailed multiplayer FPS for smartphones and tablets. The company promises N.O.V.A. 3 will be available this month, so there shouldn’t be too long to wait now.