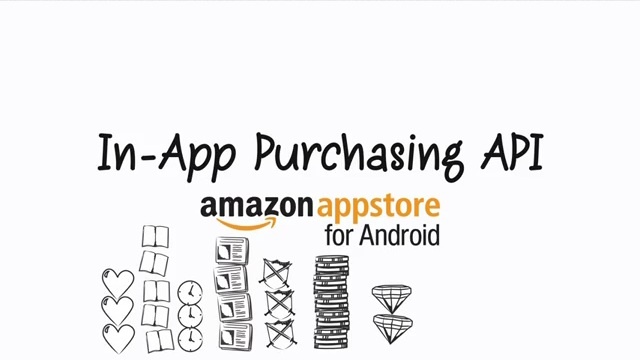 While the majority of app markets have already adopted this digital scheme, Amazon has just today announced the open availability of their in-app purchasing API. The in-app purchasing API will allow developers to offer digital content to its users in the form of microstransactions. Content such as expansion packs, weapon upgrades, etc. become available to purchase from within the app and usually cost less than a dollar. This monetization model has gained much traction as of late and while the majority of developers implement it in a morally acceptable manner, others simply try to nickel-and-dime users by making their apps virtually useless unless you pony up for the additional content.

No matter the motive, it’s an excellent way for developers to sustain cash flow while maintaining and improving upon their apps. Amazon’s in-app purchasing API was initially only available to few top-tier developers but today they have gone ahead and made it available to all. For users, this means you’re going to start seeing the in-app model implemented in more apps found in the Amazon Appstore. For developers, it means other methods of monetizing their apps.

Amazon has designed the in-app purchasing (IAP) solution to be simple and easy to integrate so that developers can be up and running quickly. For users, purchasing in-app content will be quick and easy using a fast and efficient one-click model. It’s easy for developers to get started immediately and all the information you need can be found in the Amazon Appstore Developer Portal. Check out the quick video below for a better look into the world of Amazon’s IAP and hit up the source link for further information. Cheers.