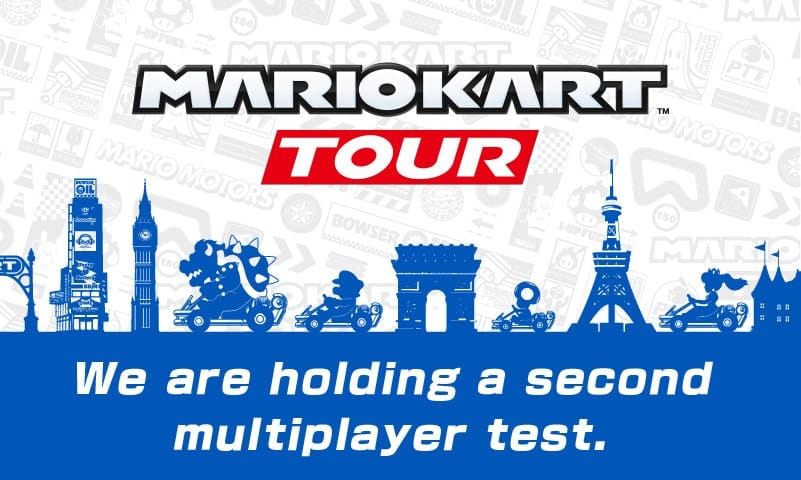 We’ve been itching to get a taste of online multiplayer inside Mario Kart Tour since the game made its big debut last September. And the wait is almost over — even for those who don’t have a Gold Pass.

A second multiplayer test “is on the way,” Nintendo says, and this time anyone can take part.

The ability to compete against friends — or random players from around the world — is one of the things that makes Mario Kart on other systems so much fun. But it has been missing from mobile.

Nintendo promised at launch that online multiplayer would come later, and four months on, we’re still waiting for it. Its arrival is getting close, however, with a beta test soon expanding its reach in a big way.

Mario Kart Tour multiplayer opening up to all

“A second multiplayer test is on the way,” Nintendo tweeted today, “and this time all players can join in.”

The first multiplayer beta hit Mario Kart Tour late last year, but only players who subscribed to its Gold Pass — priced at $4.99 a month — could take part in it. This is the first time it will be open to all.

Nintendo says it will confirm further details on the second test, such as a date for its launch, “soon.”

This isn’t an official multiplayer launch, so we can probably expect some hiccups to begin with. It’s still not clear when Nintendo plans to drop the beta tag and make multiplayer a permanent addition.

A huge success for Nintendo

Mario Kart Tour has become another hit mobile game for Nintendo. It got off to an incredibly promising start, racking up more than 123 million downloads in its first month on Android and iOS.

It is estimated that the game has made more than $75 million so far, making it more successful than other Nintendo titles like Dragalia Lost, Super Mario Run, and Animal Crossing: Pocket Camp.

The addition of multiplayer will ensure players have a reason to keep playing Mario Kart Tour — even after they’ve done all there is to do in the single-player game modes.