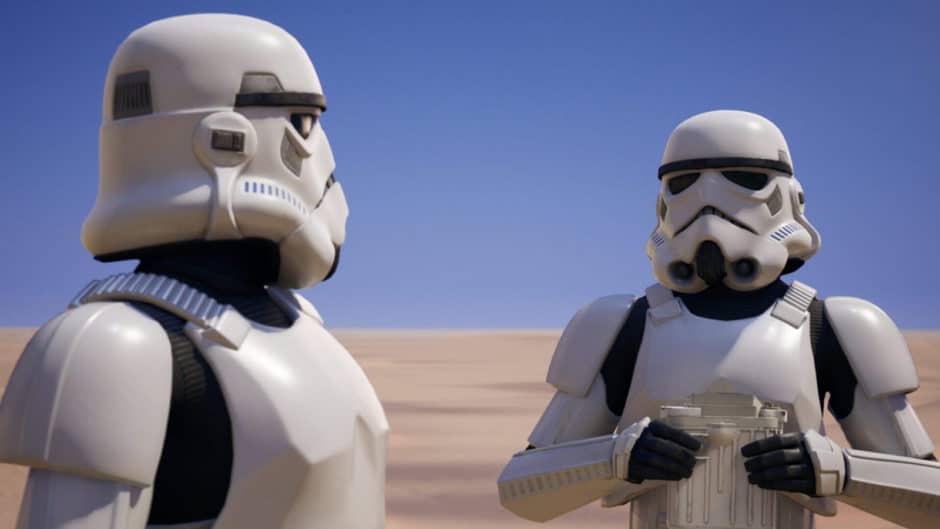 The event celebrates today’s release of Star Wars Jedi: Fallen Order, the newest title from EA Games. And if you plan to pick that up, you could get Fortnite’s new stormtrooper outfit free.

Fortnite’s brilliant crossover events give its most active players a glimpse of what’s going on out in the real world. We’ve seen tie-ins for big movies and TV shows, albums, and even other games.

The latest conincides with today’s release of Jedi: Fallen Order, the newest Star Wars game from EA. And it brings one of the franchise’s most iconic characters to Battle Royale.

Watch out for Fortnite’s stormtroopers

A brand-new stormtrooper outfit is now available from Fortnite’s in-game item shop. It lets you run around looking like you’re ready to protect the Galactic Empire while you fight for victory royales.

If you plan on picking up Jedi: Fallen Order, and you purchase it from the Epic Games Store (starting at $54.99), you’ll receive the stormtrooper outfit inside Fortnite for free.

There are no changes to the Battle Royale map, like those we saw for Borderlands 3 to celebrate Jedi: Fallen Order, unfortunately. You won’t find any special game modes, either.

But there is a giant Star Destroyer you can gawp at. You’ll see it hovering up above during Battle Royale matches.