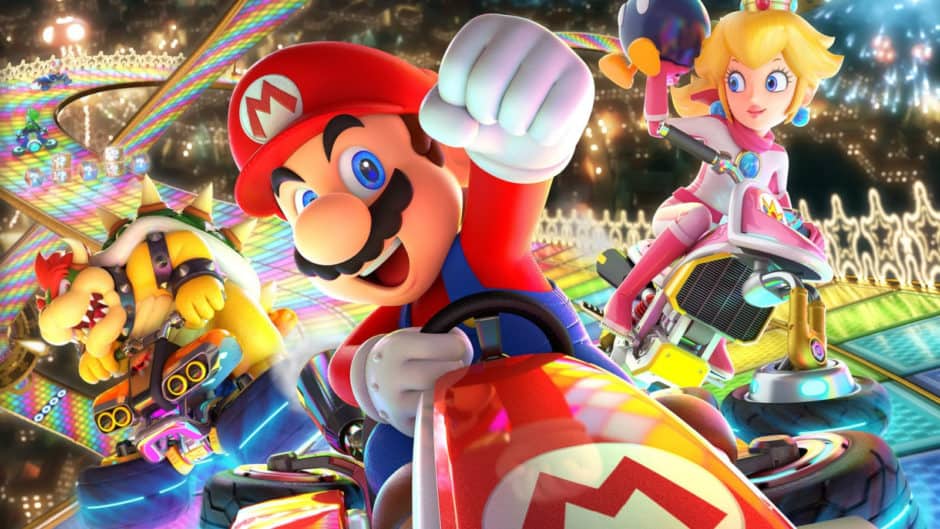 Nintendo this week teased three big items that will feature in Mario Kart Tour for mobile. Both the Super Horn and Mega Mushroom will be available to players, alongside the brand new Mushroom Cannon.

Mario Kart has long been one of Nintendo’s biggest and most successful franchises. So Mario Kart Tour is naturally one of the most anticipated games the Japanese firm has brought to mobile.

It makes its big debut later this month, but thanks to some early gameplay previews, we already have a good idea of what to expect. And now we know some of its biggest items.

Look out for the Mega Mushroom

The Mega Mushroom, which increases the size and speed of your kart for a short time, is returning from Mario Kart Wii. When you use it, you can bump other racers off the road to get ahead.

Mega Mushroom increases your kart's size for a set amount of time and gives you a small speed boost. Plus, you can bump into your opponents to make them crash! Be careful—if you're attacked while giant, you'll return to normal size. #MarioKartTour pic.twitter.com/fPRJMAQ20z

But you’ll need to be careful. If you’re attacked while you’re in Mega mode, you will immediately return to normal size.

Mario Kart Tour will also feature the Super Horn. Like that in Mario Kart 8, it blows away surrounding karts and shells, and can repel most attacking items, including Spiny Shells.

Item introduction: Super Horn
Hear that? The loudness of this horn will blow away any surrounding items and karts. This versatile item can repel most attacking items, even Spiny Shells! With the right timing, this item can be perfect for offense or defense. #MarioKartTour pic.twitter.com/h5tmXY2o1y

Arguably the most exciting item in Mario Kart Tour will be the brand new Mushroom Cannon. It sticks to the front of your car and continually shoots out Mushrooms onto the road ahead.

You’ll get a constant speed boost until the Cannon expires, but you’ll need to try to avoid feeding your opponents.

Hot on the heels of Peachette's debut, we're proud to reveal her new special item – The Mushroom Cannon! Designed to resemble a Mushroom, this cannon continually shoots out Mushrooms in front of your kart, making everyone happy! You get a Mushroom…everyone gets a Mushroom! pic.twitter.com/pZ3nvlJLG5

You’ll be able to get yours hands on Mario Kart Tour on September 25. It will be free-to-play, and you can preorder the game from the App Store today.