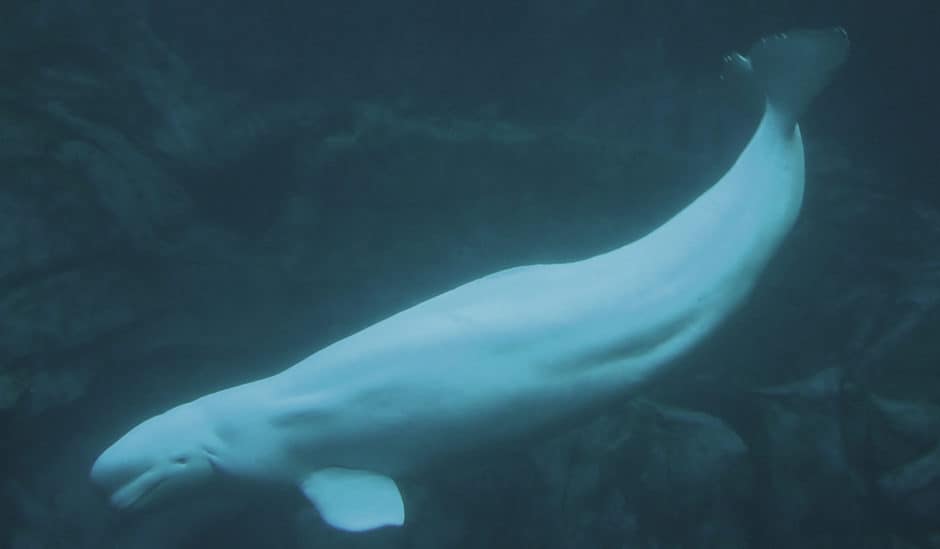 A phone dropped in the sea is usually gone forever, but not when a friendly whale retrieves from the ocean floor. Video of exactly this happening in Norway has to be seen to be believed.

Even better, the beluga starring in the video is thought by some to be the Russian spy whale who made headlines last week.

when animals are kinder than humans ?? #beluga #whale This video is being represented by LADbible Group. To use or license this video please email email hidden; JavaScript is required

The video was posted on Instagram by Isa Opdahl. It was reportedly filmed in Hammerfest, Norway.

The phone belongs to Ina Mansika, who was with some friends out looking for the celebrated spy whale. Fortunately, they found him. “We laid down on the dock to look at it and hopefully get the chance to pat it,” Mansika told The Dodo. “I had forgotten to close my jacket pocket and my phone fell in the ocean. We assumed it would be gone forever, until the whale dove back down and came back a few moments later with my phone in its mouth!”

Despite the efforts of the well-meaning whale, the handset didn’t survive its trip to the bottom. That probably means it’s not one of Apple’s newest iPhone models, as they’re designed for short trips in the drink. Last year, an iPhone X survived hours in the briny depths.

A friendly spy whale? Probably not

Last week, a beluga whale wearing what appeared to a camera harness approached fishermen in Norway. The harness was clearly too tight, and the whale very friendly, so a fisherman removed it.

The harness reportedly had a label indicating it was from St. Petersburg. Some immediately jumped to the conclusion that this was an escaped Russian spy whale.

However, on Russian TV, Colonel Viktor Baranets said, “If we were using this animal for spying do you really think we’d attach a mobile phone number with the message ‘please call this number’?”