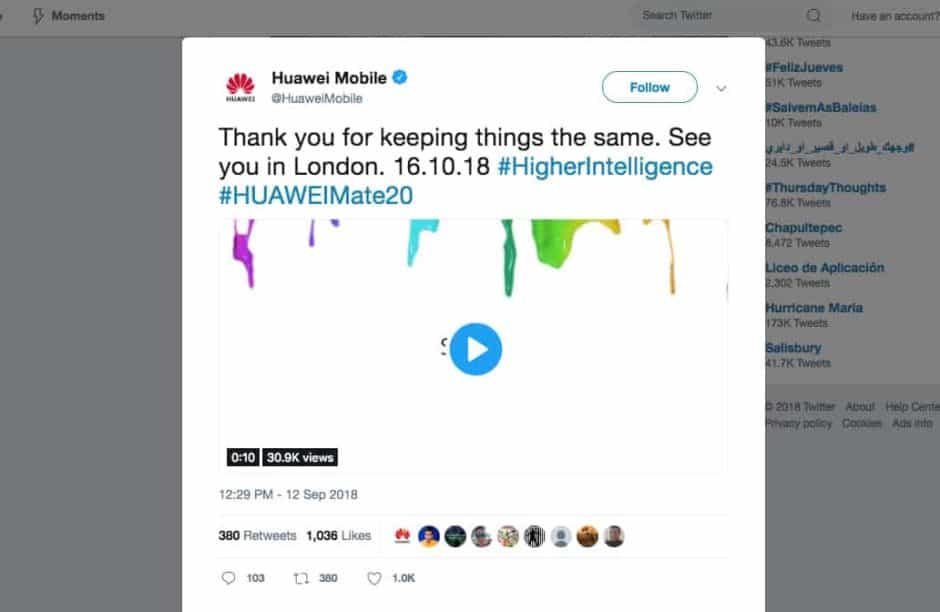 Huawei, one of Apple’s biggest competitors in smartphone sales, fired off a series of tweets that mocked the iPhone maker immediately following Wednesday’s unveiling of new products.

Most of the tweets originating from Huawei’s mobile division were a kind of sarcastic appreciation, including one that said, “Thank you for keeping things the same.”

Apple on Wednesday launched three new iPhones, the XS, XS Max and XR, powered by the new A12 Bionic chip and a beefed-up Apple Watch that will include an FDA-approved electrocardiogram.

Huawei tweets from the 2 spot

Huawei is gloating and flexing after it recently surpassed Apple to take the No. 2 spot behind Samsung for most units shipped worldwide. Apple has not responded to Huawei’s tweets, which probably did not hurt especially with a $1 trillion market valuation absorbing any sting.

In its tweets, Huawei did not mention Apple by name, perhaps an attempt to reduce the amount of attention it gives Apple in marketing and social media campaigns. Earlier this year, Huawei’s attempt to mock the notch on the screen of the iPhone X backfired as many in social media pointed out how the presentation turned into a free ad for Apple. 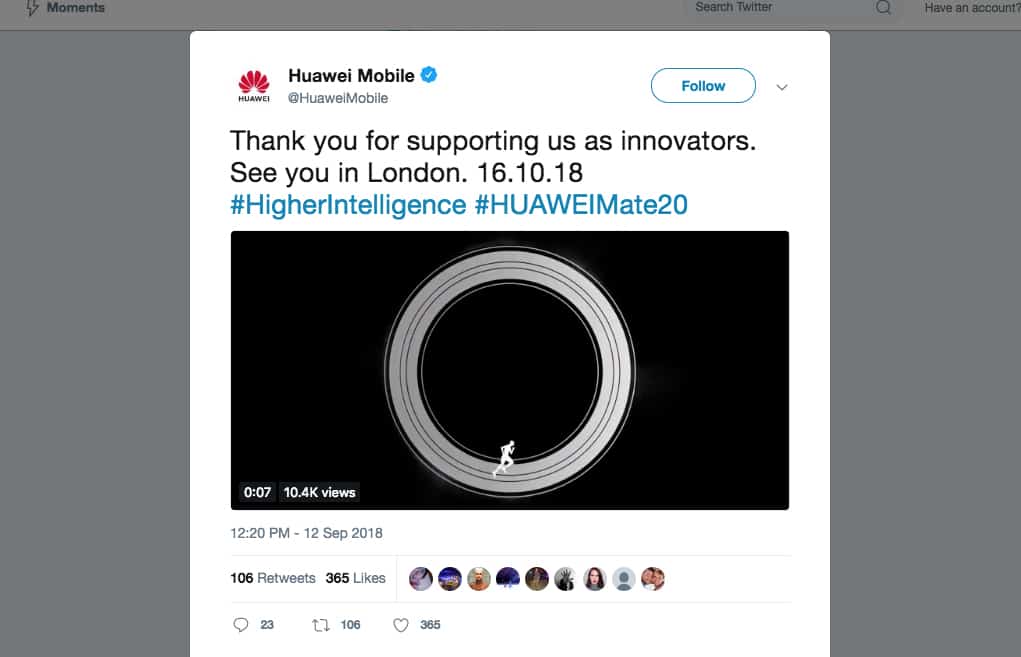 Huawei responded to Apple’s new products Wednesday with a series of sarcastic tweets.

Huawei also thanked Apple for “supporting us as innovators” and “for letting us be the real hero.” The tweets also reference Huawei’s launch of a new handset, the Mate 20.

Marketing and advertising experts say Apple benefits from negative campaigns from its competitors. Through its own marketing, Apple has developed intimate connections with its brand community, which observers say grows more devoted with each jab.

Samsung has spent the summer trying to drum up sales with commercials that poke fun of the Apple Store experience. Attacking Apple – and not touting its own products – has been a Samsung advertising strategy ever since long lines began forming outside Apple Stores for openings and product launches.