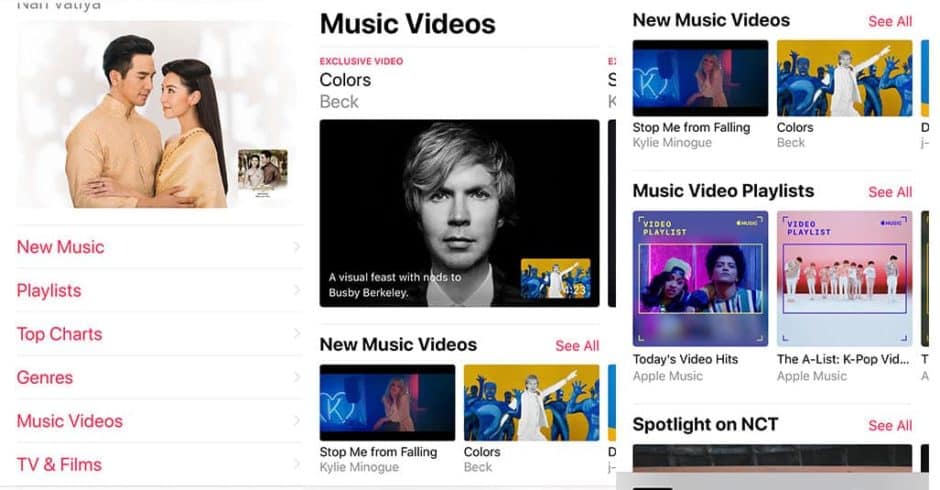 Now available to download in the Google Play store, the Apple Music 2.4.2 update boasts the same “music video experience” recently added with iOS 11.3. That means that users can access a plethora of exclusive music video playlists curated by Apple.

Apple Music’s dedicated “Music Videos” section arrived on iOS last week. It can be found by looking in the “Browse” tab of the Apple Music app.

Although music videos have been available in the app from the start, the dedicated section makes a much bigger thing of videos as part of Apple’s $9.99 per month service. The curated music videos reflect both new videos and artists, as well as region-specific content that Apple is keen to promote.

As I wrote at the time, the new update Apple Music makes particular sense at a time in which Apple is embracing original content video production. If Apple wants users to associate it with video content, then it’s a smart move to highlight that service within Apple Music.

Right now, almost 40 million people pay to listen to Apple Music. Although it still lags behind Spotify in terms of subscribers, Apple’s continued focus on its streaming music app means that it will possibly take the lead in the U.S. this summer.

You can download the latest Apple Music update for Android here. If you’re an iOS user, it can be found as part of iOS 11.3. iOS 11.3 also adds a feature that lets users check their battery’s health and choose whether or not to throttle CPU performance.