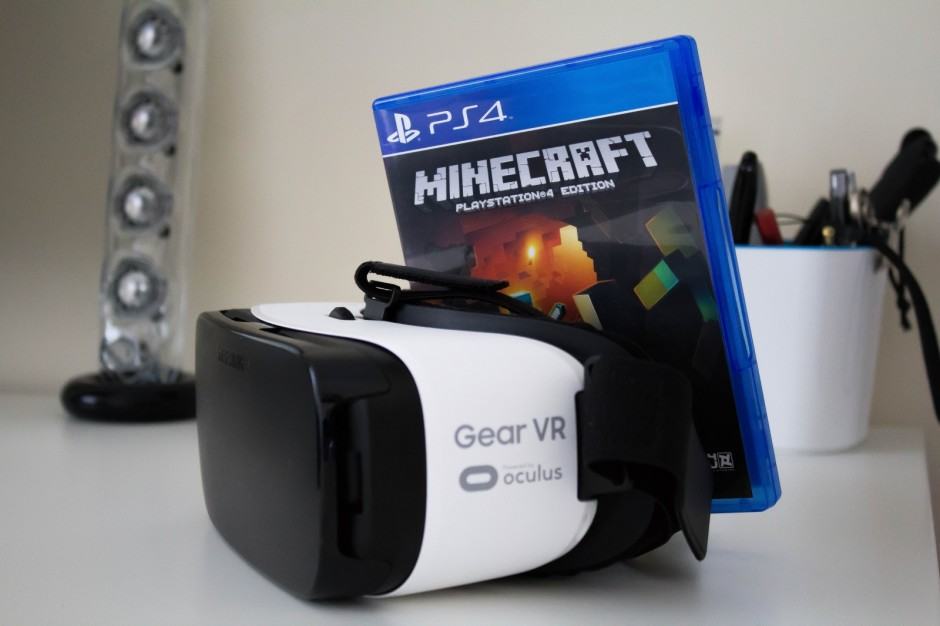 Minecraft, a game that only gets greater in virtual reality, is now available on the Samsung Gear VR.

It boasts everything you’ll find in Minecraft: Pocket Edition for Android, including creative and survival modes, and it’s a must-have for any Gear VR owner.

It might not have the prettiest visuals, but Minecraft is already one of the most immersive games. It’s easy to get lost in its blocky worlds — especially if you’re building spectacular structures or battling other block characters.

But it’s even more incredible when you step into those worlds in virtual reality.

“My strongest memories of being inside VR are from the time I’ve spent exploring Minecraft on Gear VR,” says Oculus CTO John Carmack.

“Experiencing it in virtual reality changes it from an abstract activity to a visceral one — it goes from a sense of playing the game to one of being inside your world, and spinning around to find a creeper sneaking up on you leaves a powerful impression.”

In Minecraft: Gear VR Edition, there are two modes to enjoy in VR. One is as wonderful as you’d expect; throwing you into virtual worlds with the first-person perspective you would expect from a VR game. The other lets you sit back and play in a virtual theater.

This is for comfort, a Minecraft representative told Digital Trends. If you can only enjoy VR for a short time before it makes you feel pretty dizzy, using the theater mode obviously reduces the motion and lets you play on for longer.

Minecraft: Gear VR Edition is priced at $6.99, and you can download it now from the Oculus Store on your Samsung Galaxy smartphone.