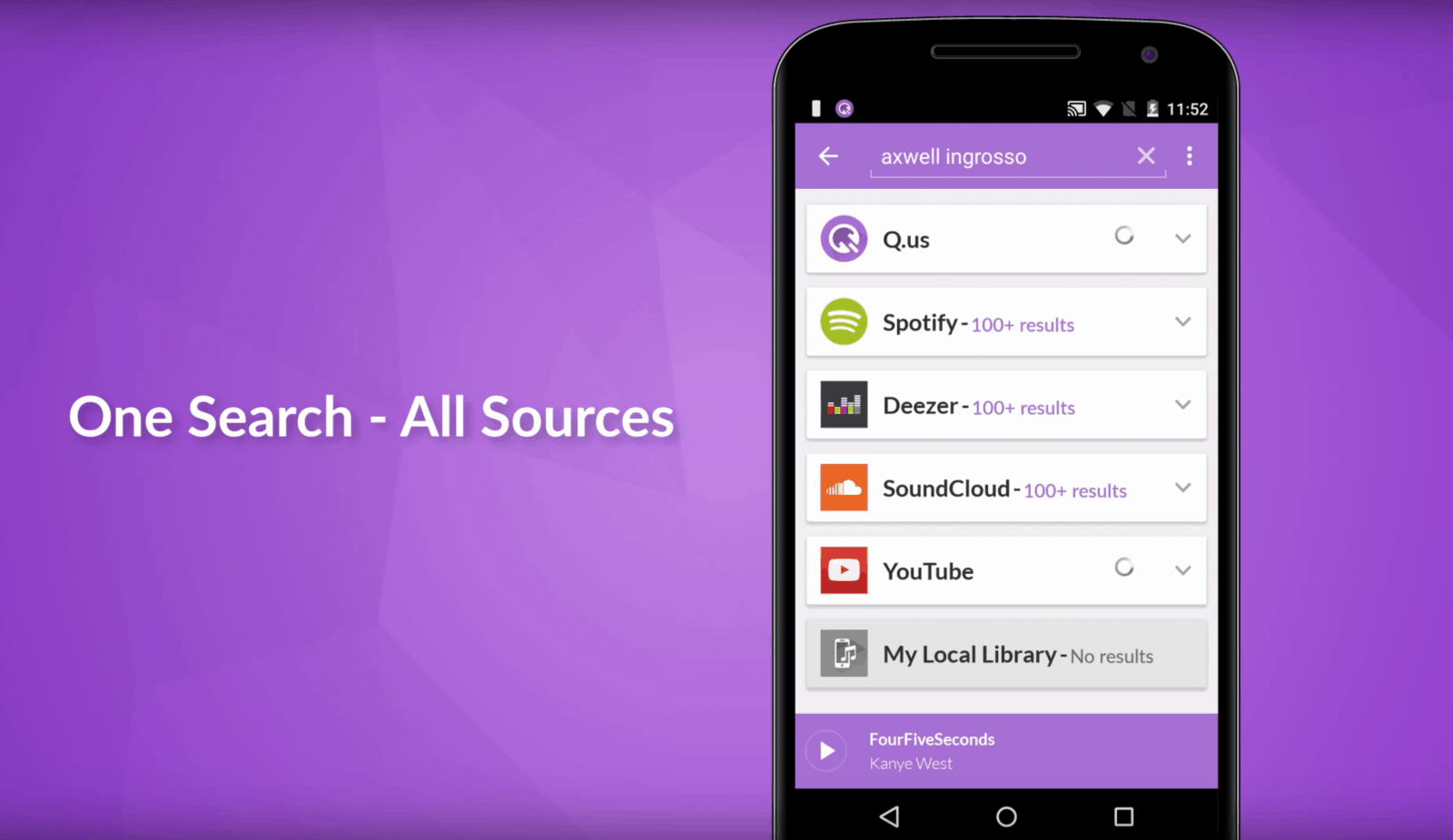 Choosing a music streaming service is no mean feat right now, with Spotify, Deezer and even Apple Music among the offerings available to those who enjoy their tunes. The new Qus music app makes listening to your favorite songs as easy as possible by breaking down the barriers between streaming services.

Aggregating streaming services and throwing in a global search option is all well and good, but Qus goes a step further by adding a social listening experience that may be just enough to push it over the edge from fairly useful to magically musical.

Supporting some of the biggest sources of music — including SoundCloud, iTunes, Spotify and Deezer — the Qus app (available for both Android and iOS) lets fans search for a song and then listen to it from whichever services have it in their catalogs.

If you’ve ever tried to listen to a track that has been removed from, say, Spotify, then you know this feature alone is killer. If need be, Qus can even use YouTube as a music source, meaning the chances of the app ever failing to find a particular track are very slim indeed.

During our testing, Qus found songs each time we asked, with results spanning all available sources. Some of the more obscure songs were found at fewer places, and Qus’ results were confirmed when we launched the individual sources’ apps and searched manually — we’re confident at this point that Qus is indeed searching where and when it claims to be. 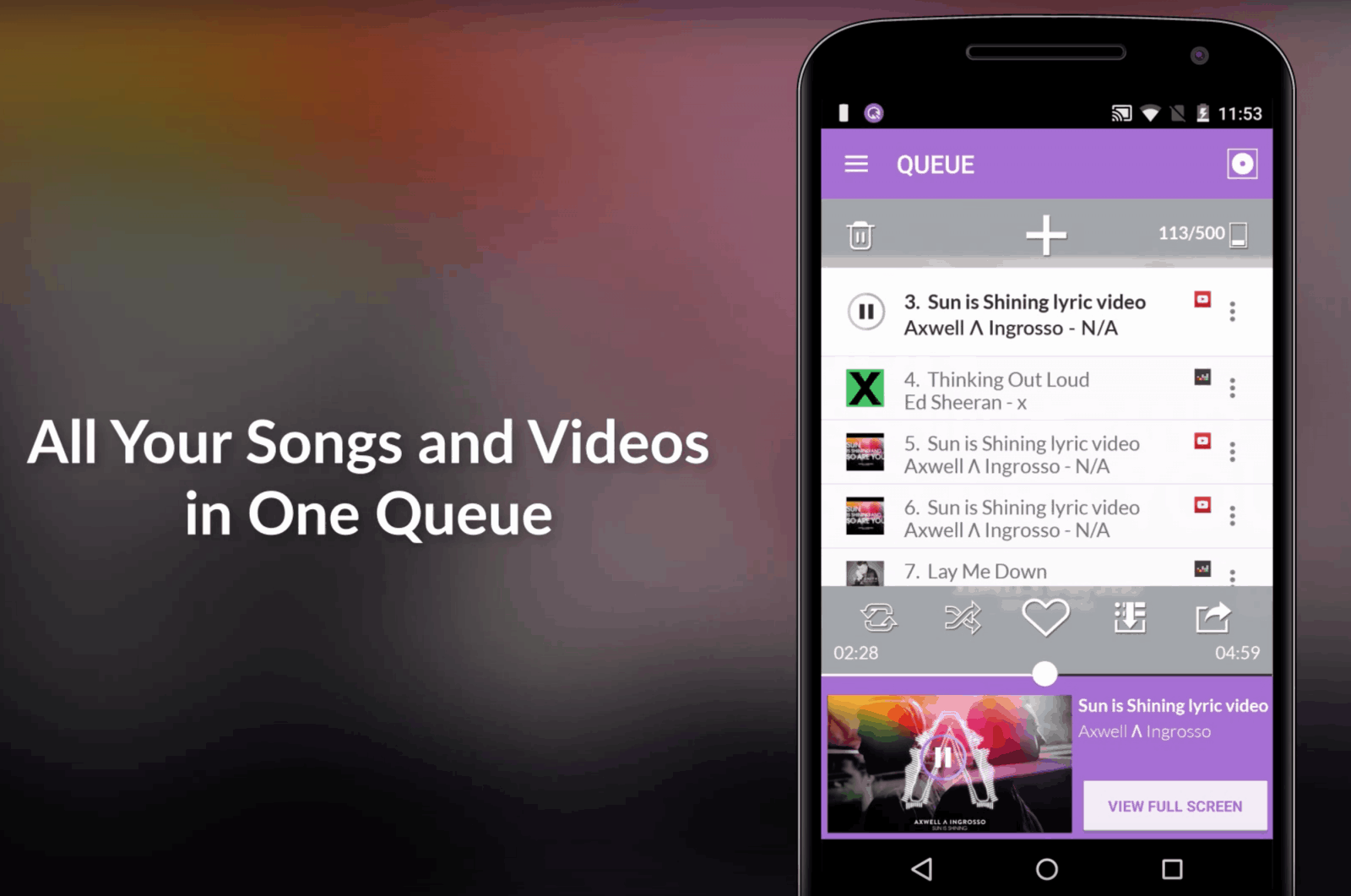 No matter where your music is, Qus can play it. Photo: Google Play Store

Search is only part of what the Qus music app brings to the table. Its social listening features could prove super-useful to those who are tired of having to hand over an earbud so a friend can listen to a song.

When two people have Qus installed, they can create a joint listening session that allows them to hear the same music in unison; if a track is being listened to via a paid service that one participant doesn’t subscribe to, Qus will locate a free version instead. Clever stuff.

The people behind Qus have their finger on the pulse of the app world, too. Following a raft of bad reviews in the Google Play Store, Qus recently received an update that squashes a host of bugs, while maintaining the charm that the app has had all along.

There’s something magical about accessing music across multiple sources via a single simple app. At a time when tracks move from one service to another seemingly weekly, something like Qus proves to be a real asset.

The Qus music app is free in the Google Play Store and the iOS App Store. It is worth checking out, especially if you find yourself listening to music strewn across a variety of sources. We’d recommend it even if it cost a couple of dollars, but given that super-low price tag, it’s a total no-brainer.