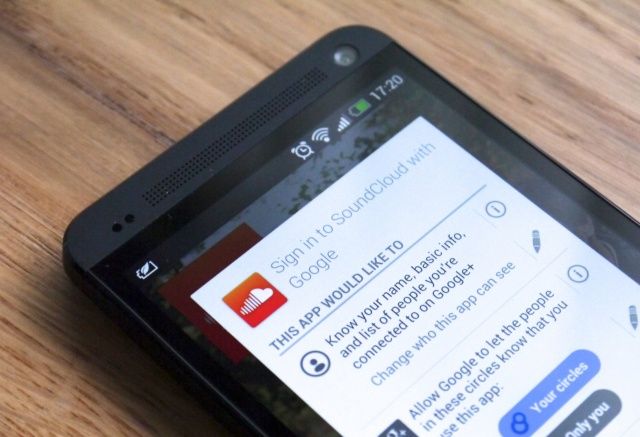 Google+ Sign-In was rolled out around a year ago in an effort to compete with Facebook Connect, and it allows users to sign into all kinds of services using their Google+ account. SoundCloud is the latest to add Google+ Sign-In support on both Android and iOS.

So with the latest version of the app, you can sidestep Facebook or Twitter sign in by using Google+ instead.  The app can access your Google+ profile picture, your email address, and other data to create your SoundCloud profile.

And you can now share to Google+, too, allowing you to pass on your favorite SoundCloud tracks with the people in your circles.

There’s also another minor tweak in the iOS version of the app, which brings back the AirPlay icon in the media player to make it easier to stream to your Apple TV, or AirPlay-compatible speakers.

Get the latest version of SoundCloud in the App Store and Google Play now.