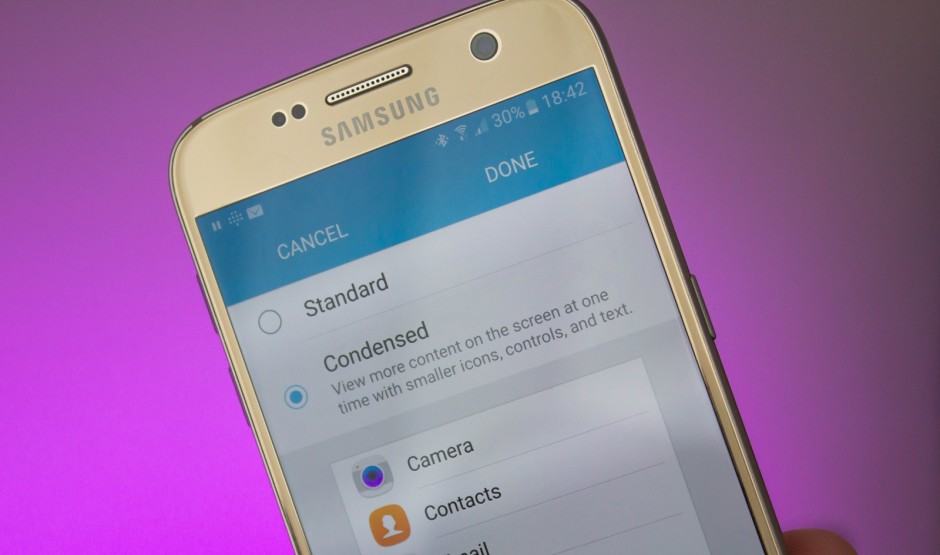 Samsung has gotten a lot better at optimizing its TouchWiz software for its large, high-resolution displays in recent years, and now it’s giving users the ability to change it themselves with display scaling on the Galaxy S7 and Galaxy S7 edge.

Having a large smartphone display is mostly pointless if everything on that display appears larger, because you can’t take advantage of the extra real estate. Some manufacturers don’t recognize that, and they make icons, text, and other elements larger on bigger screens.

Samsung’s been guilty of doing that in the past to some extent, but it has gotten a lot better at making things smaller so that its larger displays are able to show more content. And with display scaling, it’s giving us the ability to see even more.

Display scaling comes with Samsung’s latest update for the Galaxy S7 series, which started rolling out earlier this week. It adds a new “condensed” view within the display settings menu, which makes everything you see on screen slightly smaller.

If you have good eyesight and you don’t need large fonts and icons, this allows you to shrink everything and squeeze more onto the screen. Previously, this option was hidden away in TouchWiz and inaccessible without tricky hacks, but not anymore.

Giving users the ability to adjust things like this is a terrific move from Samsung, and we’d love to see more manufacturers taking note. Not everyone likes the display settings they get out of the box, so the option to alter them is a welcome change to TouchWiz.