Google I/O doesn’t kick off for another two months, but Google won’t wait that long to drop its next-generation Android N upgrade.

Its first developer preview is out today for Nexus devices, and it comes packing a number of features swiped from iPad Pro and iOS, including split-screen multitasking, picture-in-picture mode, and bundled app notifications.

If you thought Google’s Marshmallow update was good, you’re going to be super excited for Android N. It’s still in early beta form right now, so it’s not stable enough for everyday use, but if you have a spare Nexus, the new features are well worth checking out.

One of the biggest is split-screen multitasking, or Multi-Window, as Google calls it. The company promised us it was coming after Apple brought it to iPad with iOS 9, and now it’s here, allowing you to run two Android apps side-by-side.

Unlike iOS 9, which only offers split-view on iPad, Android N allows it to be used on smartphones, too — so you won’t need to buy a Samsung device with TouchWiz for true multitasking anymore.

Another feature “borrowed” from iOS and TouchWiz is picture-in-picture, which lets you view videos in small overlay windows while you use other apps in the background. 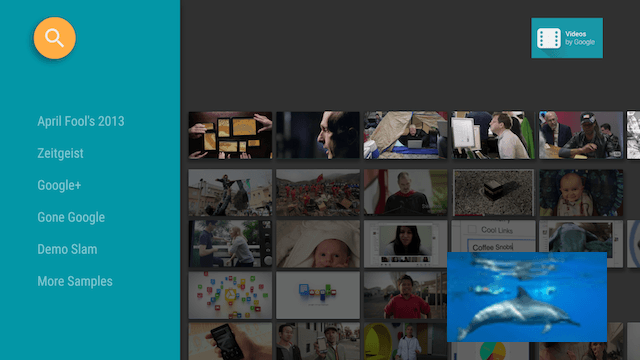 For instance, you can watch a YouTube video in the corner of the screen while typing up a paper in Google Docs, or keep an eye on the big game while prepping your big presentation.

“The PIP window is 240×135 dp and is shown at the top-most layer in one of the four corners of the screen, chosen by the system,” Google explains. “If another video starts playing on the main screen, the PIP window is automatically closed.”

If you’ve switched from iOS, you may be missing the way in which you could bundle notifications by app, rather than viewing them in a long list that’s sorted by the time in which they were received.

But soon you’ll be able to do that in Android N, too. So you’ll see “stacks” of notifications for Hangouts, Gmail, Calendar, and other apps all in their own groups where they’re easier to find. That means important text messages won’t be buried under Words With Friends notifications. 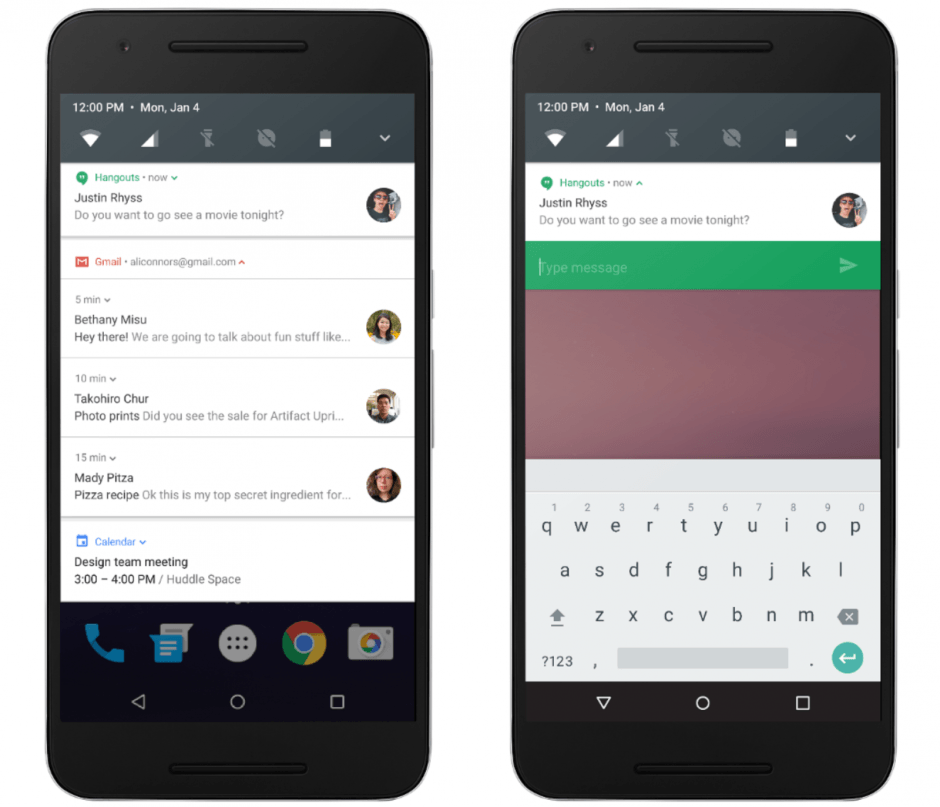 Android N also supports inline notifications, which you can use to reply to instant messages, interact with calendar events, and more without jumping into the accompanying apps. Android already has actionable notifications, of course, but they’ll be better in Android N.

The data saver feature from Google Chrome will be available system-wide in Android N, and you can enable it to save data usage whether you’re roaming, near the end of your billing cycle, or on a small prepaid data plan.

“When a user enables Data Saver in Settings and the device is on a metered network, the system blocks background data usage and signals apps to use less data in the foreground wherever possible,” Google explains.

“Users can whitelist specific apps to allow background metered data usage even when Data Saver is turned on.”

When you turn on an Android N device, but don’t unlock it, it runs in the new Direct Boot mode, which has two storage locations for data: credential encrypted storage, and device encrypted storage.

The latter is where all data — pictures, text messages, notifications, and more — goes before you unlock your device, and it’s available before and after that unlock takes place. Credential encrypted storage is only accessible and used as default after your device is unlocked.

This makes Android significantly more secure, and it means that when your device falls into the wrong hands, no one else has access to your most precious data without unlocking your device.

There’s a lot more to love about Android N, and you can read all about it on the Android Develop website. If you’d like to try it out, you can download and flash the first system images, which are available for the following devices:

If you don’t have one of these devices spare, you’ll have to wait until Android N makes its public debut this fall.