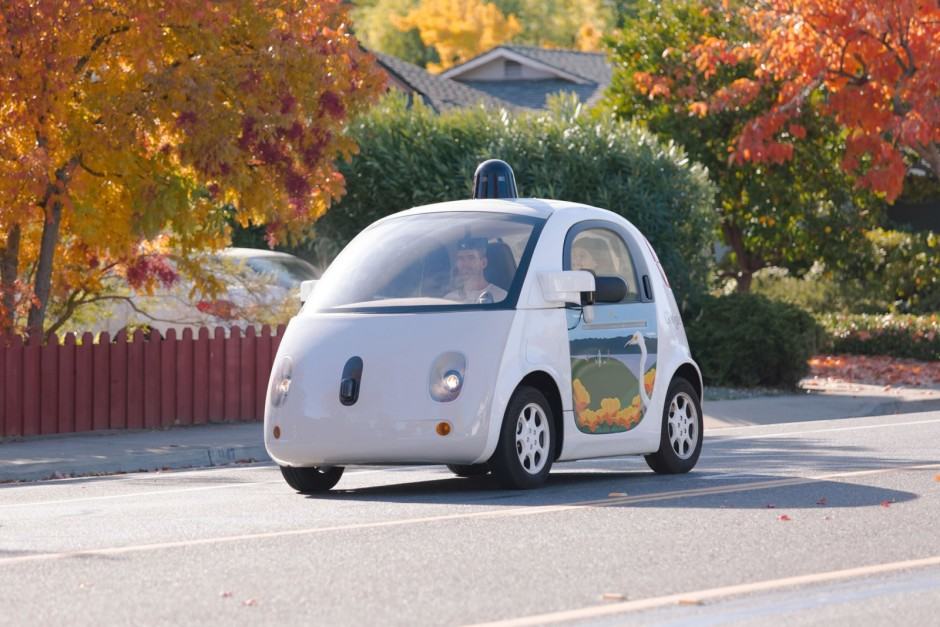 A Google car may have caused its first ding. Photo: Google

A Google self-driving car was involved in a collision with a public bus this month, and it could be the first time one of the company’s autonomous vehicles was to blame for an accident.

Google is proud of the fact that since it started road testing its self-driving cars in 2012, none of them have caused an accident. They’ve been involved in 14 minor collisions on public roads, but Google has maintained that its vehicles weren’t at fault in any of those cases.

But that may be about to change. Earlier this month, a self-driving Lexus RX450h owned by Google collided with a public bus in Mountain View, California, while in autonomous mode according to an accident report filed with the DMV.

Google says its car was trying to navigate some sandbags when it stopped in the right-hand side of the lane at an intersection. After some cars had passed, the car began to proceed back into the center of the lane to avoid the obstruction as the bus was approaching from behind.

“The Google AV test driver saw the bus approaching in the left side mirror but believed the bus would stop or slow to allow the Google AV to continue,” Google explains. “Approximately three seconds later, as the Google AV was reentering the center of the lane it made contact with the side of the bus.”

Google’s car was rolling at less than 2 mph, the company adds, while the bus was travelling at 15 mph. No one was hurt during the collision.

Google confirms in the report that its Lexus was operating in autonomous mode, which suggests this is the first time one of its self-driving cars has caused an accident after well over 1 million miles on the road. However, the company is yet to offer a statement on this.

Although this was a minor collision, it highlights the need for an human driver in an autonomous vehicle. Had the bus been going faster, this accident could have been a lot worse. Still, it shouldn’t have too much of an affect on Google’s self-driving car plans.