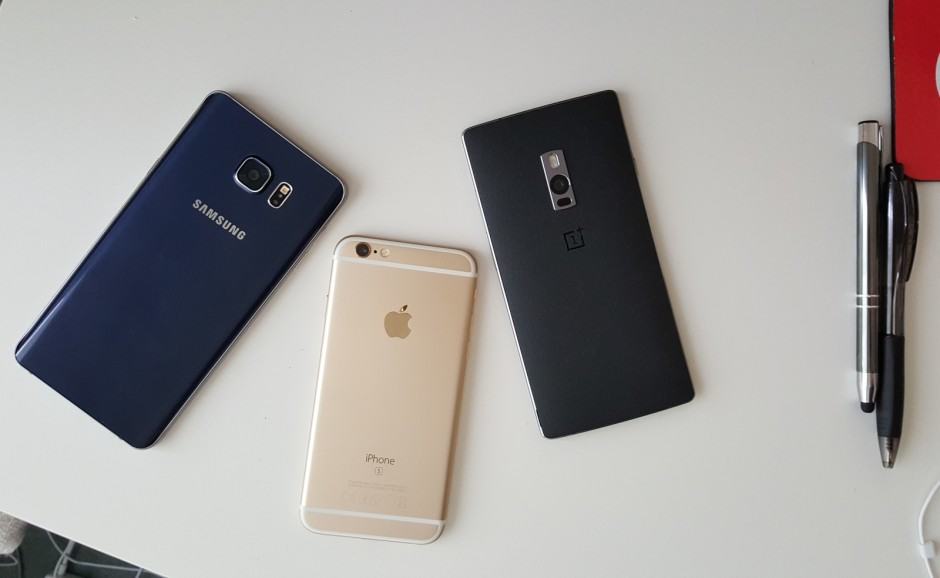 There’s only one winner here. Photo: Killian Bell/Cult of Android

Apple’s latest iPhones are proof that mobile devices don’t need octa-core processors and bags of RAM when they have the right software. Despite lagging behind their rivals on paper, iPhone 6s and iPhone 6s Plus were the most powerful smartphones of 2015 — by a mile!

That’s according to the 2015 Performance Ranking Report from benchmark experts AnTuTu. In previous years, the report has included only Android devices, but with AnTuTu version 6.0, iPhones were added, and they’re embarrassing the competition.

Powered by a dual-core A9 processor clocked at 1.85GHz and only 2GB of RAM, the iPhone 6s looks almost laughable compared to rivals like the Galaxy Note 5, which boasts an octa-core Exynos 7420 chip clocked at 2.1GHz, and 4GB of RAM.

But none of that matters, because Android is nowhere near as efficient at using those resources as iOS. You can argue against that — and I’m sure many will in the comments — but the proof is here in AnTuTu’s report.

The Galaxy Note 5, arguably the biggest rival to the iPhone 6s Plus in many markets, was ranked fourth with 83,362 points. Its curvy sibling, the Galaxy S6 edge+, came in fifth with 82,087.

Even 2014’s iPhone 6, which is powered by the older A8 processor and just 1GB of RAM, managed to earn a higher ranking than a number of flagship Androids from 2015, including the Nexus 6P, and the apparent “2016 flagship killer,” the OnePlus 2.

“We could see from the ranking that there are still some gaps between IOS and Android,” AnTuTu says. “For instance, Samsung Galaxy Note 5 is higher than iPhone 6 and iPhone 6’s score is higher than Snapdragon 810 devices,” which were released in 2015.

Benchmarks don’t tell the full story, of course. The latest iPhones may be way ahead in AnTuTu’s rankings, but you’re not going to notice a significant difference if you put an iPhone 6s and a Galaxy Note 5 side-by-side and carry out the same tasks on both. (Trust me, I’ve done it.)

But this at least proves that Apple’s devices are much more capable than they look on paper.