Fitbit Blaze is bigger and better than its siblings. Photo: Fitbit

Fitbit has upped its game to take on Apple Watch and Android Wear with a brand new fitness tracker called Blaze. It packs a premium, smartwatch-like design with color display, and it promises to run for up to five days in between charges.

Blaze actually looks somewhat similar to Apple Watch at first glance, with a curved glass display that sits nestled in a metal case. It does everything you would expect a Fitbit tracker to do, including step counting, heart rate monitoring, and sleep tracking.

Blaze also has the ability to automatically detect when you begin a workout, and thanks to its larger color display, it can also provide you with notifications for text messages, calls, and calendar alerts so you don’t miss a thing while you’re working out. 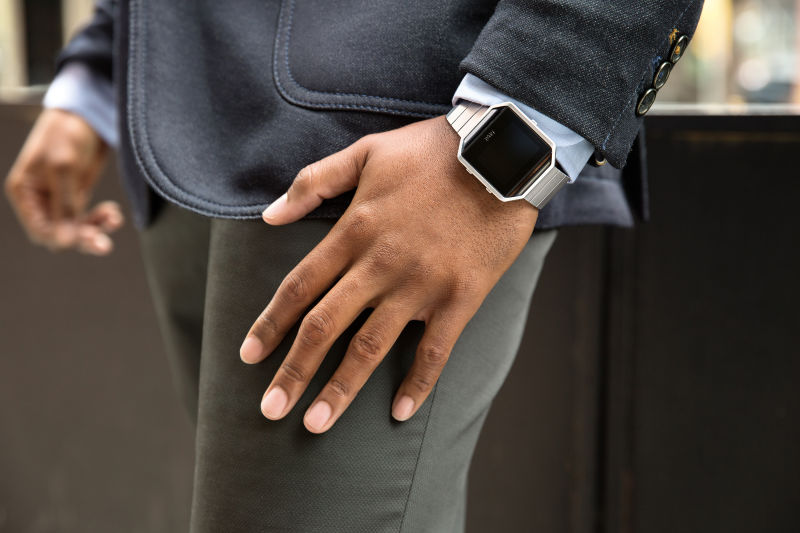 Blaze is the most attractive Fitbit yet. Photo: Fitbit

Unlike the Fitbit Surge, however, Blaze doesn’t pack its own GPS, and instead relies on your smartphone for that. But it is available with elastomer, leather, and high-end stainless steel bands that are priced at $30, $100, and $130 respectively.

Blaze comes with an elastomer strap as standard — in either black, plum, or blue — and it’s priced at $200. It’s compatible with Android and iOS, and you can pre-order yours today from the Fitbit website by following the source link below.