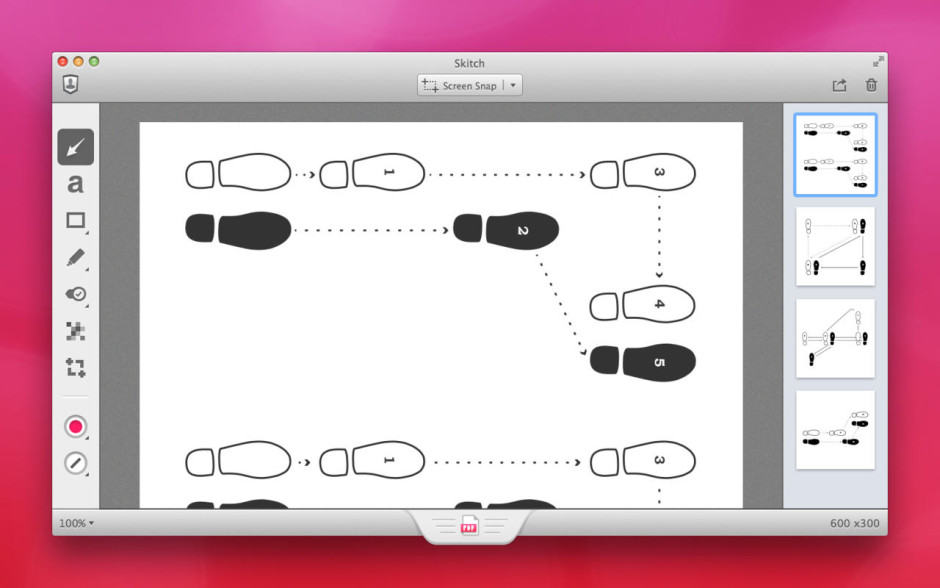 Skitch will only be available on Mac after January 22. Screenshot: Evernote

Evernote’s efforts to streamline its business will see it chop a number of apps from its lineup, including the popular annotation app Skitch. Clearly, a browser extension for Google Chrome, is also getting the boot — as is Evernote’s Pebble app.

Evernote’s announcement comes after the company has struggled to make money, despite hitting 150 million users this year. It has already shut down three of its ten offices around the globe, laid off 18 percent of its workforce, and replaced its CEO.

Skitch, which Evernote acquired back in 2011, is the biggest name on the list of closures due to its popularity, but it’s not being totally annihilated. Although the Windows, iOS, and Android versions will be no more, Skitch for Mac is still sticking around for now.

Evernote also promises that some of Skitch’s features will be baked into its main Evernote client, so you may not have to search for a replacement just yet.

One app that is being killed completely is Clearly, the Chrome extension that strips unnecessary content out of online articles and pages and saves them for later. It’s not clear how popular Clearly is today now that we have better alternatives in the likes of Instapaper, Pocket, and Readability — and similar functionality baked into most web browsers.

Evernote also plans to stop offering its Pebble app, but it does encourage users to download Powernoter instead, which is actually much more useful given its ability to save voice notes. Powernoter also supports the new Timeline feature on the latest Pebble watches, but Evernote’s app does not.

Evernote will no longer be updating any of these apps, and they will no longer be available to download after January 22. You’ll still be able to use them if you already have them, of course, but if future OS updates break them, then there will be no fixes.