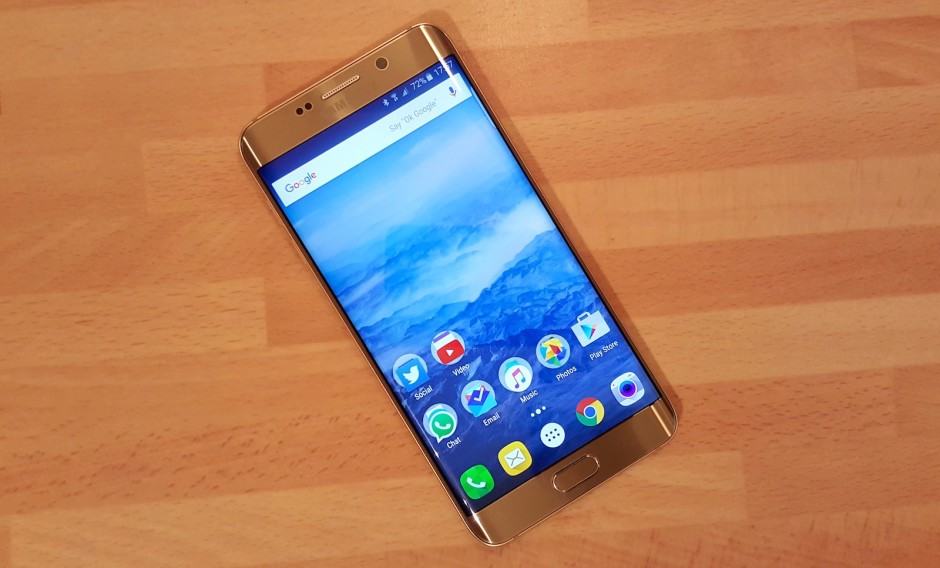 It’s easy to tame TouchWiz on your Galaxy. Photo: Killian Bell/Cult of Android

Samsung’s more recent TouchWiz releases are huge improvements over their predecessors, but with a few simple tweaks, you can make them even better.

Here are three ways you can do away with Samsung’s design and get a pure Android feel on your Galaxy smartphone — without having to root or install third-party ROMs.

This guide applies to almost any Samsung device running TouchWiz, but note that it is best suited to more recent handsets — the Galaxy S6, Galaxy S6 edge, Galaxy Note 5, and Galaxy S6 edge+ — which provide more customization options with their Theme Engine. 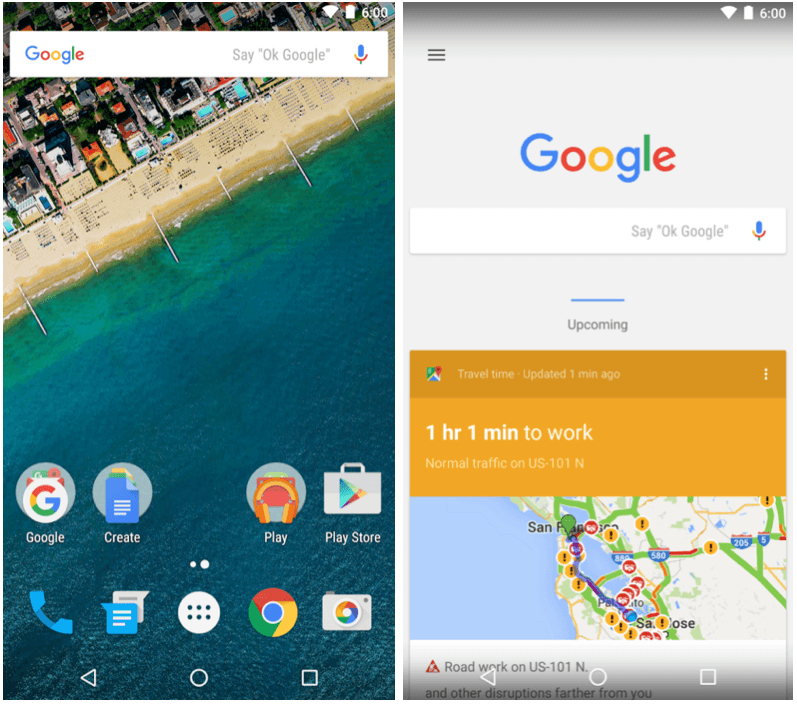 The Google Now Launcher is available to all. Screenshots: Google

The quickest and simplest way to get that pure Android feel is to replace Samsung’s own launcher with the Google Now Launcher — the same launcher you get with a Nexus smartphone. It’s cleaner and simpler, and has Google Now built-in.

If you want a similar feel but with more customization options, then I recommend Action Launcher 3. It’s like the Google Now Launcher on steroids, with the ability to resize icons, apply icon packs, specify the size of the home screen grid, and customize the Google Search widget.

Action Launcher 3 also has some neat features like Quicktheme, Covers, Shutters, and Quickdrawer, which keep your home screen looking pretty, and make it easier to find your favorite apps.

Many of Google’s stock Android apps are also available from the Play Store.

Google doesn’t just offer its Android launcher to all, but many of its own apps as well, allowing you to replace your default Calendar, Camera, Clock, and other apps with Google’s own. Many of these come pre-installed, but some don’t, so we’ve included all of the essentials in the list below:

*Note that Samsung’s Camera app is better than the stock Android app, with more features and functionality. It’s also properly optimized for the camera inside your device. With that said, we recommend you don’t swap it for Google’s camera app just for the pure Android feel.

Google’s keyboard is simple and reliable.

Google also makes its own keyboard available to all — and it’s actually very good. It’s basic, which means it’s ideal for those who don’t need all the bells and whistles you can with options like SwiftKey, and its corrections and suggestions are very reliable.

To swap Samsung’s default keyboard for the Google Keyboard, simply download it from Google Play, open the app, then follow the setup instructions. 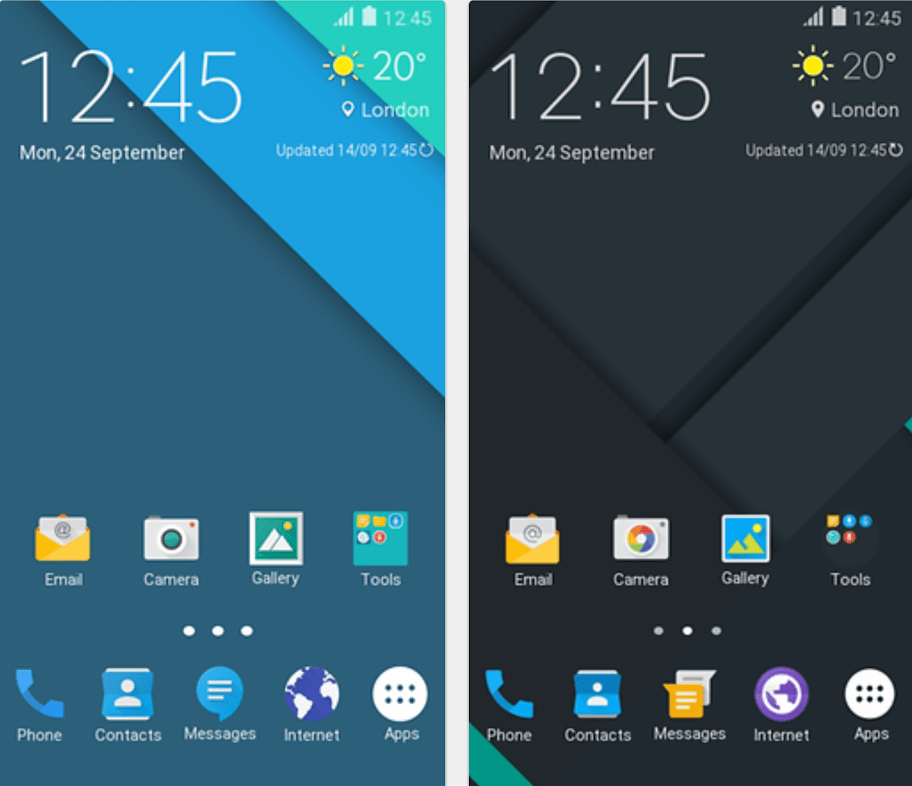 Samsung’s new Theme Engine is a huge addition to TouchWiz.

Samsung’s latest devices come with a new Theme Engine, which lets you customize the appearance of icons, menus, popups, and many other user interface elements.

If you head into the Themes section inside the Settings app, then tap “Themes Store,” you’ll be able to find ready-made themes that replace the default TouchWiz look with a pure Android one. The best stock themes available at the moment are “Material Design” and “Material Dark.”

Both of these themes are free, and you’ll find them with a simple search in the Themes Store. You can apply them by tapping “Download,” and then “Apply.”