According to the website’s latest browsing statistics, the list of things Android users are into makes for a much more intriguing reading that that for iOS users. Mobile devices are also crushing the desktop when it comes to overall traffic, and Android has the edge.

Android users account for 32 percent of that traffic, while iOS users account for 31 percent. That’s hardly surprising given that there are many more Android devices out in the wild. When it comes to tablet stats, however, the things are a little different. 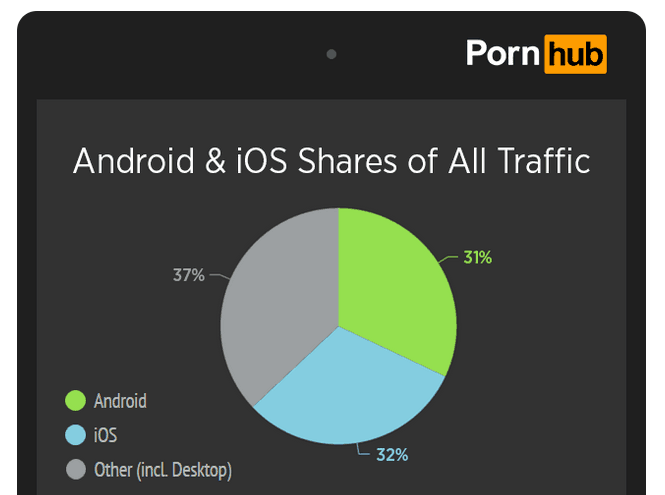 Things get really interesting when we look at taste.