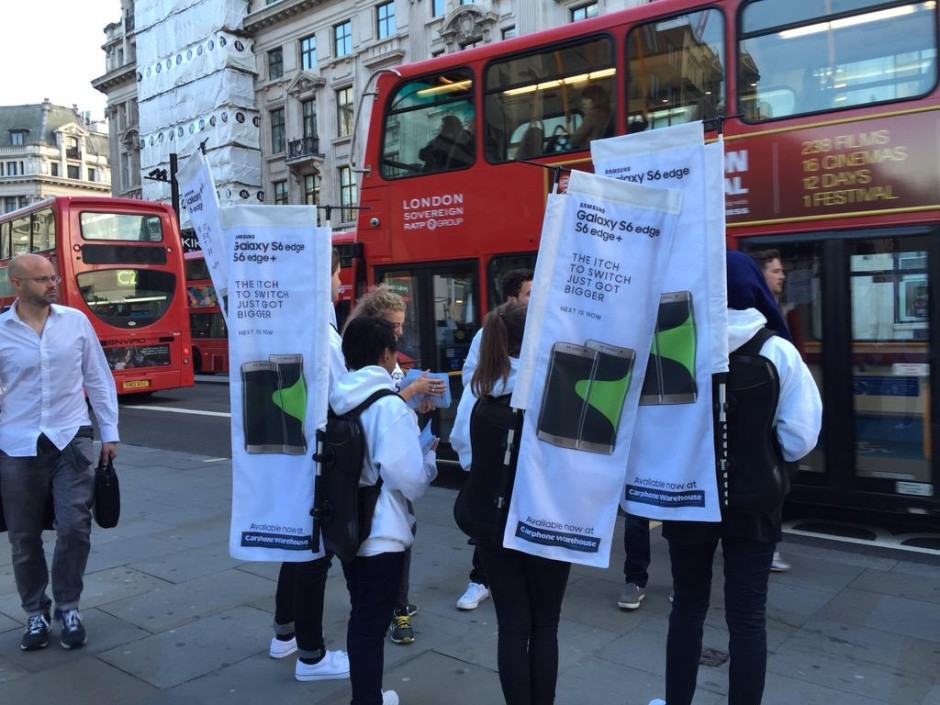 When you’re lining up for a brand new iPhone on launch day, the last thing you expect to see outside the Apple Store is a whole team of people from Samsung. But that’s exactly what iPhone 6s buyers in London were greeted by this morning.

Samsung sent a flock of people to gatecrash the iPhone 6s launch at the Apple Store on Regent Street to promote the Galaxy S6 edge and S6 edge+, and to hand out free goodies bearing Samsung’s “#NextisNew” slogan.

“The blankets, bottles and pillows had been handed out by a dozen or so people wearing blue jackets,” reports IB Times. “When asked where they were from, one representative told IBT they came from a marketing company called Iris and were filming a video about the queue.”

But Samsung didn’t just send a marketing team in blue jackets; there was also a team of people in white hoodies wearing large signs on their backs with images of Samsung’s latest flagships, and the slogan “the itch to switch just got bigger.”

Samsung launches don’t really attract lines like Apple’s do, so it’s only natural it would want a little bit of the attention on iPhone 6s launch day. But that’s all it’s going to get, because I don’t see anyone who lined up for an iPhone early this morning suddenly switching to Samsung.