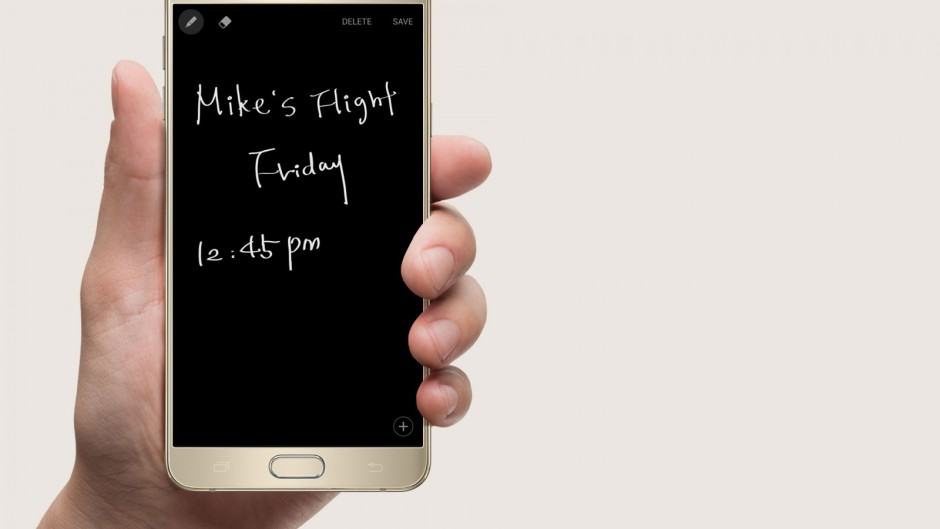 Screen off memo on the Galaxy Note 5. Photo: Samsung

Screen off memo is activated when you eject the S Pen while your Galaxy Note 5 is asleep. It lets you take notes without waking your device, and because the display doesn’t have to light up completely, it saves you precious battery life throughout the day.

Unfortunately, screen off memo is only available with the latest version of TouchWiz on the new Note 5 — at least officially. However, Xperiacle of the XDA Developers forum has ported the feature to Galaxy Note 4, Galaxy Note 3, and Galaxy Note Edge.

You’ll need a rooted handset to install the screen off memo APK, but installation is as easy as side- loading any other app. Once installed, screen off memo must be enabled from within the Device Administrator settings menu.

It’s not totally flawless yet, but it is usable, and Xperiacle is hard at work on bug fixes and improvements so you’ll want to keep an eye on the original forum thread via the source link below. You’ll also find the APK file you need for your Note device there.