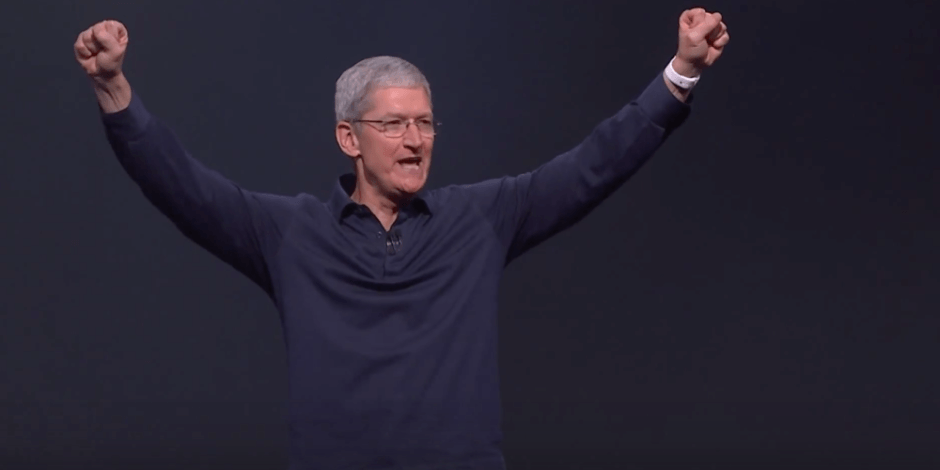 Apple was reminded of this after its keynote on Wednesday when rivals Samsung and Sony took to Twitter to mock the length of its presentation — and its new iPhone 6s.

We expect nothing less from Samsung, which has been mocking Apple with great success for as long as we can remember. But its stab was a pretty pathetic one this time around.

Unable to pick fault with Apple’s latest devices, it instead focused on the length of the keynote with the following:

On the plus side, it’s pretty obvious what the right choice is now #GalaxyS6EdgePlus http://t.co/BGhgwMApJZ pic.twitter.com/AtPNBtpOjC

For the first time ever, Sony is schooling Samsung at the mocking game. In fact, the Japanese company is still at it today. In a series of tweets, it has poked fun at the iPhone’s battery life, and its lack of Ultra HD display, which means users can’t enjoy the 4K videos they shoot with it.

A battery life worth talking about… Up to 2 days’ battery with #Xperia Z5 series: http://t.co/n7KuPge34V pic.twitter.com/ldA7KWYyns

Sony’s pretty hypocritical, though, because the vasty majority of its 4K-recording smartphones don’t have 4K displays, either. Only the new Xperia Z5 Premium has that ability, and it hasn’t gone on sale yet. When it does, it will have a silly price tag.

Of course, Apple will have the last laugh — as it often does — when the iPhone 6s and 6s Plus outsell Samsung’s and Sony’s entire smartphone lineups over the next 12 months.