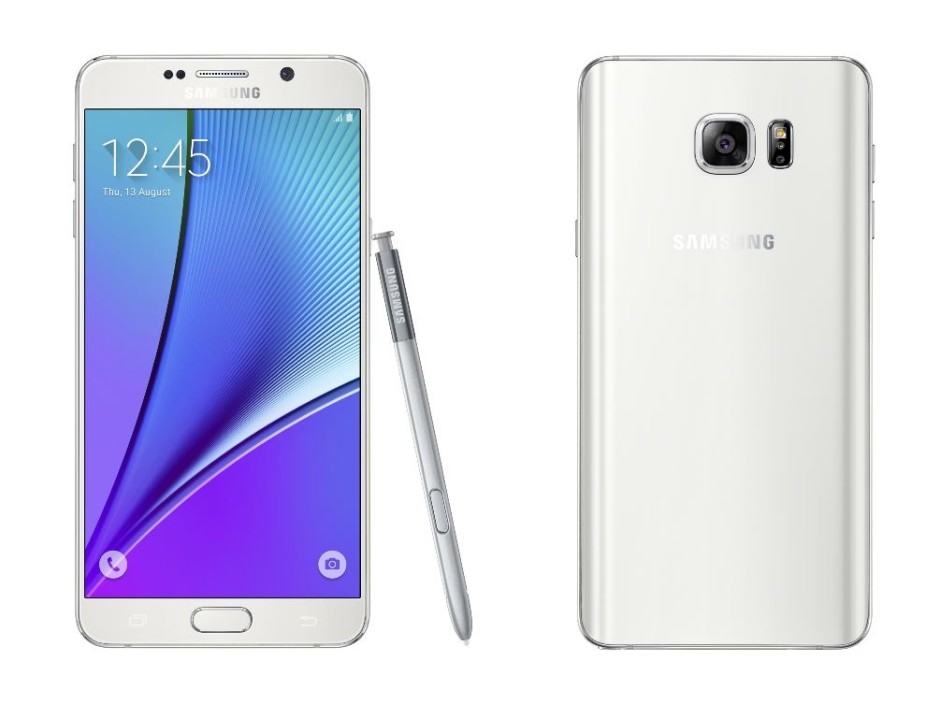 Samsung’s latest Note is prettier than ever before. Photo: Samsung

The all-new Galaxy Note 5 is here, and it’s just one of two new phablets Samsung is launching over the coming weeks. The device brings a gorgeous new design that takes cues from the Galaxy S6 and S6 edge, and plenty of nice improvements under the hood.

Thanks to a torrent of leaks in recent weeks, we already knew what the Galaxy Note 5 would look like. Its new design is world’s apart from that of its predecessor, with a curved Gorilla Glass back instead of tacky plastic, and a stunning aluminum frame that holds it all together.

But it comes at a cost; as expected, the Note 5 does not have a removable battery or a microSD card slot. It does boast fast wireless charging technology that’s compatible with PMA and Qi wireless charges, but there is no 128GB storage option, so 64GB is as much as you’ll get.

The Note 5 is powered by the same Exynos 7420 processor found in the Galaxy S6, along with 4GB of RAM and a 3,000mAh battery. It has a 5.7-inch Quad HD display just like last year’s model, plus a fingerprint scanner and an improved S Pen that brings new features, like the ability to take notes even when the Note 5’s screen is off.

Another feature the Note 5 takes from the Galaxy S6 is its impressive 16-megapixel camera with f/1.9 aperture and optical image stabilization. It’s one of the best smartphone cameras on the market right now, so those looking to pick up the Note 5 certainly don’t need to worry about photo quality.

The Note 5 is essentially a larger Galaxy S6 in the same way that the Galaxy S6 edge+ is a larger S6 edge, then. Samsung’s Note series has never been closer to the Galaxy S series in terms of both design and specifications.

Lots of people will be happy about that — I certainly am as a huge fan of the Galaxy S6 — but plenty of other long-time Note users will rue the lack of removable battery and expandable storage.

If those users can get over those things, then they should be more than happy with the Note 5, which will be available globally on August 21.