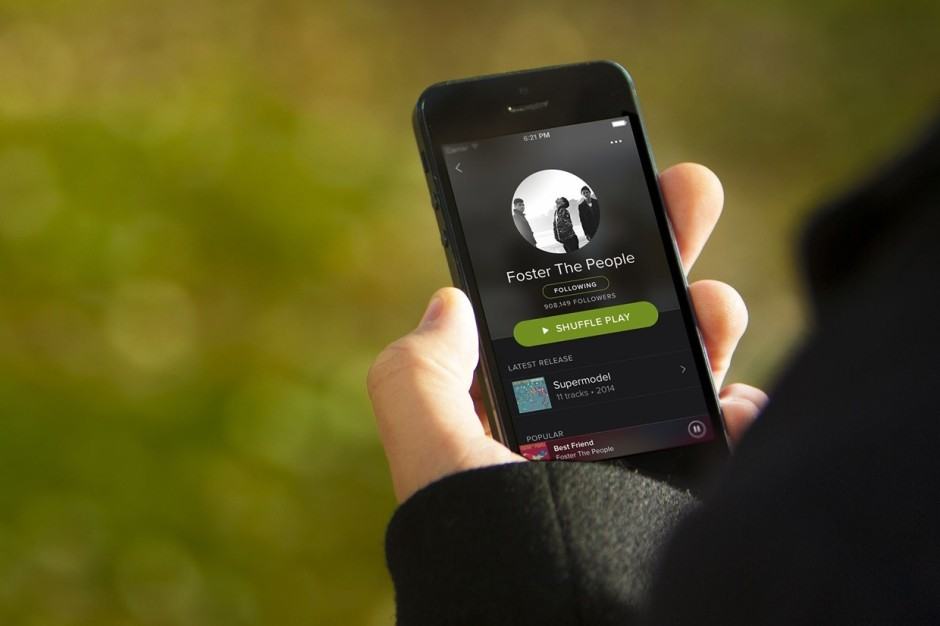 Spotify is finally listening to the labels. Photo: Spotify

Spotify is planning to introduce a new “gated access” model that will make its free streaming plan a lot less attractive, according to a new report. Those who choose to opt out of paying for the service could see it become extremely limited, with access to just one or two songs from big album releases.

Spotify’s free plan already has some limitations; users have to listen to ads on a regular basis, and they can only shuffle albums and playlists when using the service on mobile. However, these things aren’t severe enough to destroy the experience for tens of millions of people.

As a result, only 20 million Spotify listeners pay for its premium plan priced at $9.99 a month, while almost 60 million use the service for free.

This is a problem, particularly for artists and labels, who make an incredibly small sum from streaming services. A December 2014 report revealed that Pharrell Williams made just $2,700 from Pandora on 43 million streams of “Happy” over a three-month period.

Now Spotify finally wants to do something about that. In an effort to persuade more users to pay for its service, and to make more money that can be passed onto artists, the Swedish firm is planning to make its free, ad-supported plan so unbearable that nobody will want to use it.

“Spotify will soon be shifting towards a premium-only, ‘gated access’ model, according to several sources,” reports Digital Music News. “The decision will mean that certain releases will only be available to paying Spotify subscribers, or offered for an extremely limited time to non-paying users, according to preliminary details shared.”

Spotify is still working out the specifics, sources say, so its plans are far from concrete yet. But one of the limitations the company is currently considering for free users is to allow access to just one or two songs from “high-profile” album releases.

It’s thought this change could improve Spotify’s relationship with the record labels, which are reportedly becoming frustrated with its refusal to limit or even eliminate its free streaming plans until now. And it comes at a crucial time, with licensing deals with the top three labels — Sony, Warner, and Universal — set for renewal in less than two months.