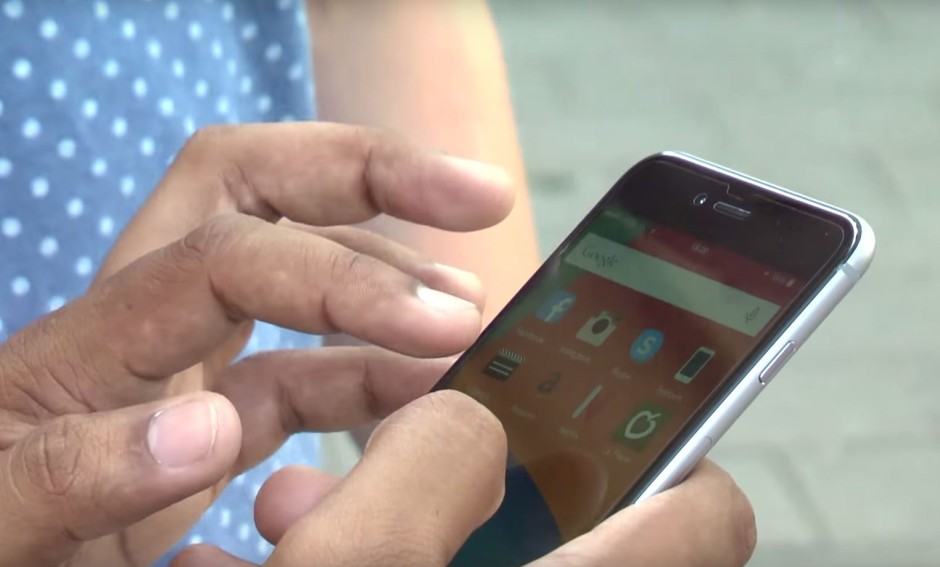 Android where you’d least expect it. Photo: Dit Is Normaal

Loyal iPhone fans will argue iOS is much better than Android, but many have never even used Google’s platform. That’s proven in the hilarious video below, in which Apple fanboys are fooled into thinking Lollipop running on an iPhone is the iOS 9 update that’s coming this fall.

The guys behind YouTube channel Dit Is Normaal were able to emulate Android on an iPhone 6 Plus (somehow) and then gave it to passers by to play with. Users were told the device was running iOS 9, and as you’ll see in the video below, many of them believed it.

What’s even more surprising is that they all had good things to say about it, with one user noting it looked better, another saying it was faster and smoother, and another praising Android’s popup music controls, which allowed them to change music tracks while they browsed the web.

One person did note that the software looked like Android — and I’m sure there were others who called it out but didn’t make it into the video. But plenty of unsuspecting users genuinely believed they were using iOS 9.

So, that proves it; even iPhone users love Android. If only we didn’t have to trick them into giving it a try!