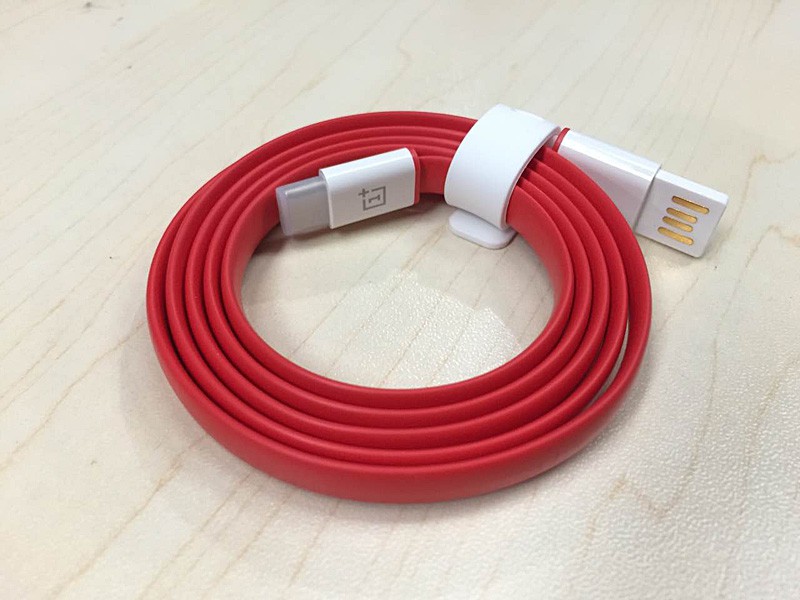 The new OnePlus 2 is the first Android-powered smartphone to adopt USB-C technology, which means all those micro-USB cables you have stuffed in a drawer somewhere aren’t going to work with it.

You’ll get a USB-C cable with your OnePlus 2, of course, and OnePlus says you’ll be able to buy more separately for “about $5.”

If you’ve ever owned a OnePlus One cable, you’ll know that’s pretty terrific value for money. OnePlus cables are incredibly durable and well-built, and their flat cable prevents tangling and makes them easy to roll up when they’re not being used.

$5 would also be half the price of the existing OnePlus One cable.

As USB-C technology becomes commonplace — it’s already making its way into notebooks, and you’ll see other Androids adopting it later this year — you’re going to need more USB-C cables. What’s great about this one is both ends are reversible; not just the USB-C but the standard USB end, too.

OnePlus says its new cable will be available from its online store around three weeks after the OnePlus 2 goes on sale, which is on August 11. If you haven’t already registered your interest in an invite for the device, you can do so now.

You can also see how the OnePlus 2 stacks up against its rivals with our handy comparison chart.