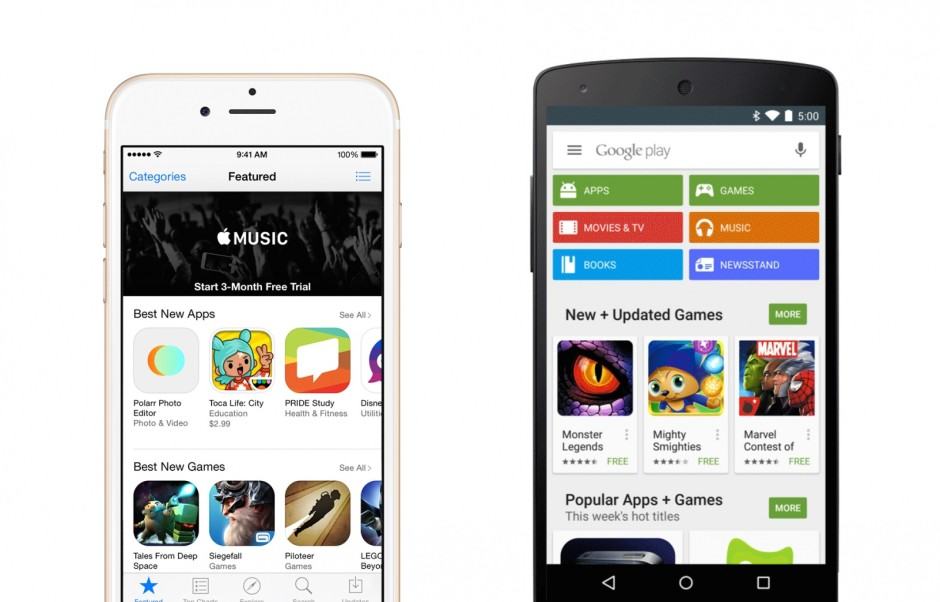 Android’s massive lead in market share is translating into a staggering number of app downloads, with Google Play serving 85 percent more apps than the App Store during the second quarter of 2015. But despite that, iOS is holding onto a significant lead where it matters most — in revenue.

Google Play continued to pull away from the App Store in Q2 2015 “thanks to smartphone ownership growth in emerging markets,” reads the latest report from app analytics firm App Annie. Its 85 percent lead has increased from 70 percent in just three months.

But emerging markets are helping Apple, too. Thanks to China, which now downloads more iOS apps than the U.S., Apple now boasts a 70 percent lead in revenue. According to App Annie’s data, this is due to a big increase in demand for entertainment apps — specifically those that stream video.

Streaming apps are so popular in China that they are now in a position to “catalyze cord-cutting,” App Annie says. They could even inspire an entire generation of “cord-skippers” as smartphones and tablets become the primary device for media consumption among younger users.

Entertainment apps are also immensely popular in the U.S., where they claim the top category by session duration on iOS, followed by music, utilities, games, and education. However, when it comes to total time spent in apps, social networking is number one, following by photo and video, utilities, games, and music.

Social apps are also most popular on Android, following by communication, games, media and video, and entertainment.