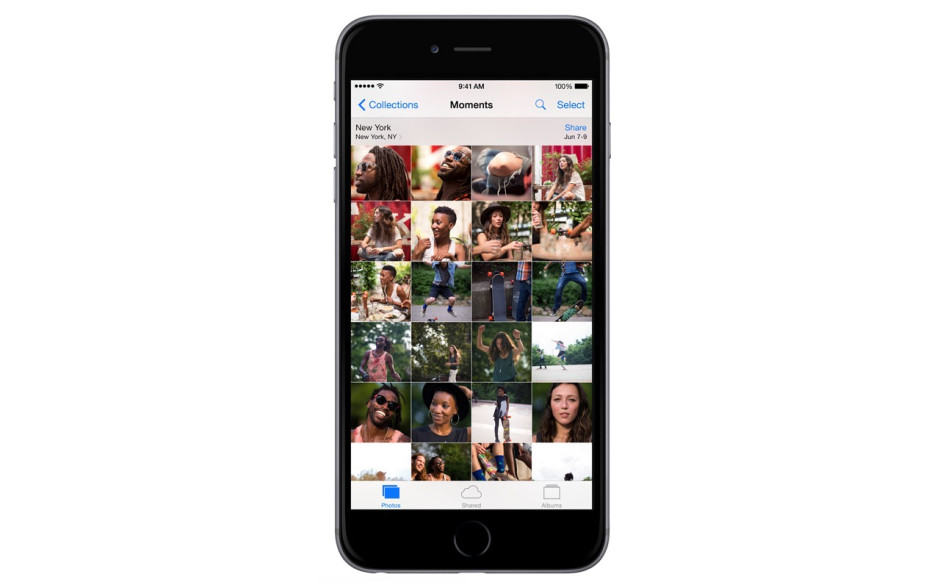 Google made it even easier to select images photos in its new Google Photos app by giving users a simple drag gesture. It works so well, in fact, that Apple stole it for iOS 9.

In the new iOS 9 beta, selecting multiple images in Apple’s own Photos app is as easy as tapping the “Select” button and then dragging your finger over all of the images you want. So long as all those images are next to each other, it’s much faster than tapping each one individually.

This is exactly how image selection works in the new Google Photos app, which Google unveiled during its I/O keynote earlier this month. Perhaps it’s just a coincidence, or perhaps Apple noticed it when reviewing Google’s app — which likely happened months ago — and decided to adopt it.

Google wasn’t the first to use this gesture, either, of course; we’ve been using it on Macs and PCs since we had graphical user interfaces — albeit with mice instead of fingers — and third-party photos apps on both Android and iOS have employed it, too.

As an iOS user, I’m glad to see it’s making its way to the Photos app, because I’ve been using it to share photo collections in Google Photos and it works great.

Update: So apparently Apple offered a very similar selection feature in earlier versions of iOS, and decided to remove it before bringing it back in iOS 9 — which means Google actually ripped off Apple! How dare they!