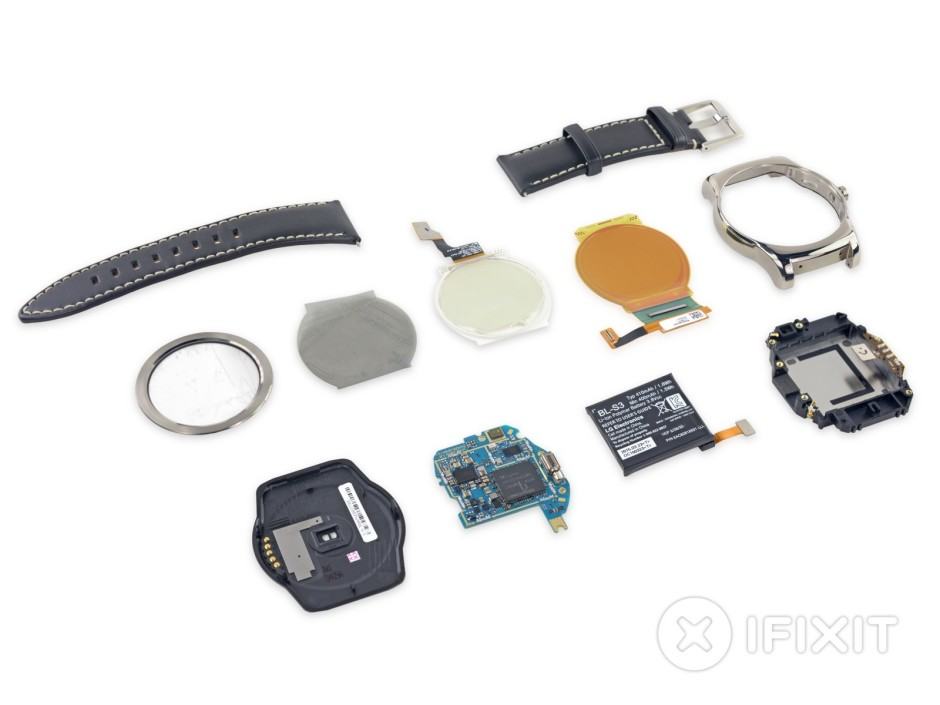 Tiny gadgets are rarely easy to fix yourself if you break them, but an iFixit teardown of the new LG Watch Urbane reveals it’s much more repair-friendly than you might think. In fact, it’s so easy to mend that it gets a 7 out of 10 repairability score.

Internally, the Watch Urbane is very similar to the G Watch R that came before it; it’s got the same Snapdragon 400 processor, 512MB of RAM, 1.3-inch P-OLED (plastic OLED) display, and 4GB of storage. But on the outside, it was designed to resemble a traditional timepiece.

“Barring the dark watch face, this device could certainly be mistaken for a mechanical watch, until you flip it over,” iFixit says, which is where you’ll find its heart rate sensor and charging contacts.

Getting into the Watch Urbane is as easy as heating up the adhesive that holds its back in place and carefully pulling it away. This reveals its tiny logic board, which is held in place with a couple of small screws. Beneath that lives its square, 410mAh battery.

Once you’re inside the Watch Urbane, its motherboard and other components are easy to remove, iFixit says, which is why the device gets such a good repairability score. Should you crack its screen or end up with a dysfunctional battery, then, you may be able to repair it yourself if you can obtain the parts.