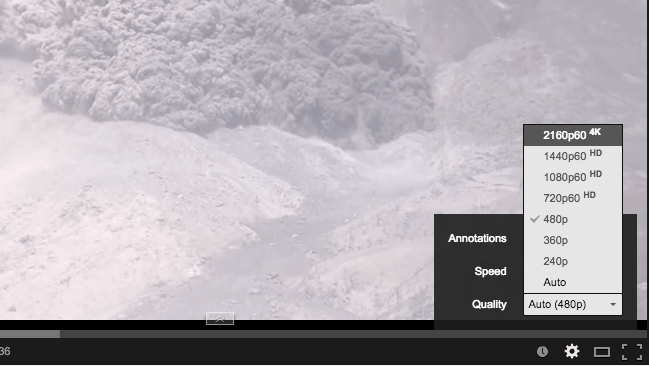 YouTube videos get even sharper, and even smoother. Screenshot: Cult of Android

YouTube has been supporting super-sharp 4K video for over a year now, as well as video playback at 60 frames-per-second at lower resolutions. But for the first time, the world’s biggest video sharing platform will now allow viewers to combine the two.

Videos shot in 4K “Ultra HD” resolution (3840×2160) at 60fps can now be played back in 4K at 60fps for the smoothest possible viewing experience. Right now, however, it seems the option is only available for those using the Google Chrome web browser.

Of course, you’ll also need a setup that supports 4K video. That doesn’t just include a 4K monitor or display, but also a computer that’s powerful enough to stream it, and a broadband connection fast enough to buffer it.

If you have all those things, check out the playlist below that includes six clips shot in 4K at 60fps. You’ll find many more on YouTube simply by searching for “4K.”