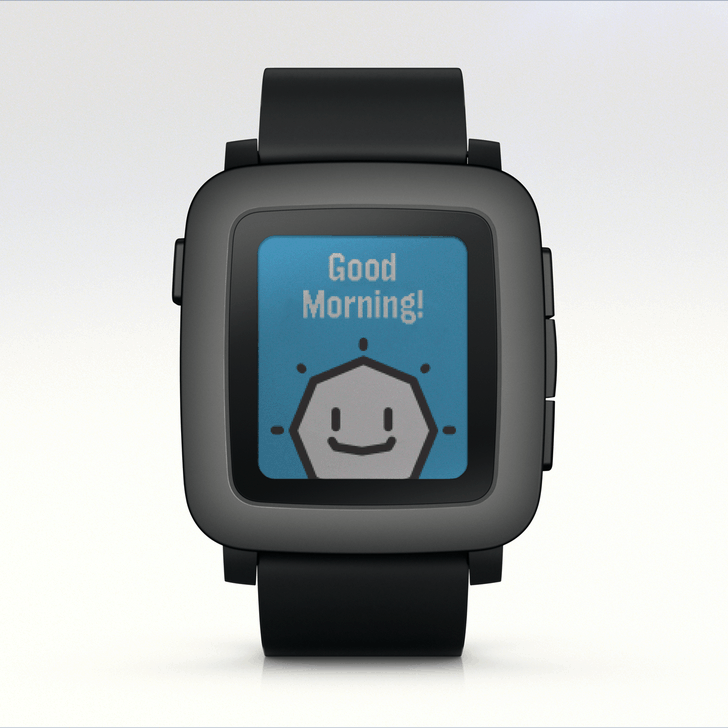 Since the original Pebble broke Kickstarter records by securing more than $10 million in funding in May 2012, more than 1 million Pebble devices have been sold. But with increasing competition from just about every consumer technology company, Pebble needed some improvements to remain in the game.

Now the company is returning to Kickstarter with Pebble Time, a brand new smartwatch that’s better than the original Pebble and Pebble Steel in almost every way.

It has a full-color e-paper display coated in scratch resistant Gorilla Glass, and a stainless steel bezel. It delivers up to seven days of battery life in between charges, and it has a built-in microphone that allows you to compose notes and reply to incoming messages.

Pebble Time is around 20% thinner than the original Pebble at just 9.5mm, and just as water resistant. It ships with a soft silicone band in black, white, or red, but just like its predecessor, it’s compatible with any 22mm watch strap.

Pebble Time also introduces Pebble’s brand new operating system, which changes the way in which you interact with the device. Similar to Android Wear, users are now presented with a “timeline” that presents their notifications, upcoming appointments and alarms, and more.

There’s also a new apps menu, which features new faces with glanceable content, like full color album art in the Music app. And don’t worry; the Pebble apps you already know and love are going nowhere.

“The Pebble operating system has been re-imagined with a new visual style,” Pebble explains. “While all existing Pebble apps will still work great, we’re inviting developers to upgrade their apps to support color.”

Since its Kickstarter campaign started at 10 a.m. ET this morning, Pebble Time has already raised more than half a million dollars and exceeded its funding goal. It’s pretty much picking up where the original Pebble left off, then.