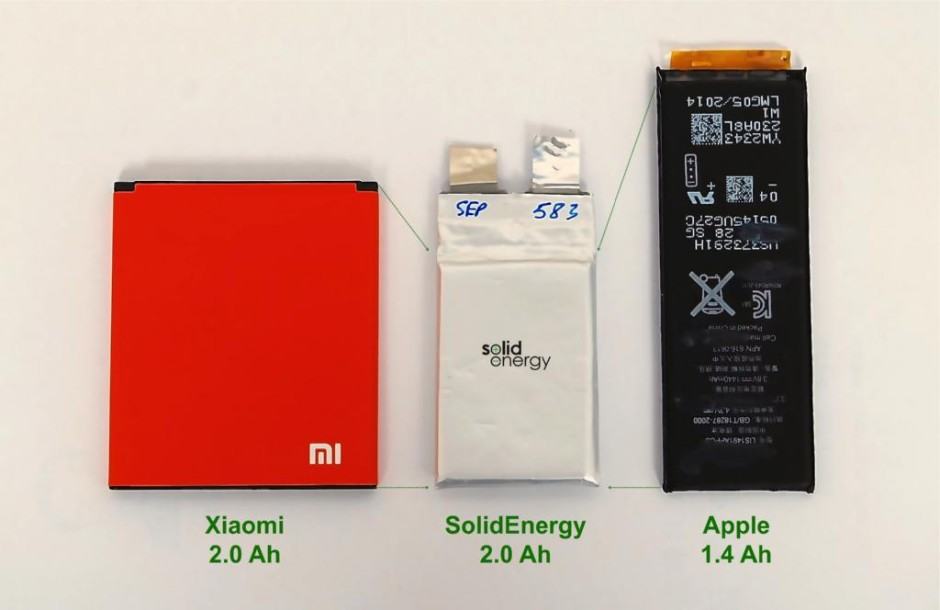 It’s been a while since we’ve seen vast improvements to lithium-ion batteries, which power the portable gadgets we rely on today. But that’s all about to change, thanks to a company called SolidEnergy.

Born out of MIT in 2012, the startup has built a battery that stores more energy than that inside Apple’s iPhone 6, but measures half the size.

SolidEnergy’s batteries are able to store more energy by swapping graphite, the electrode material used in conventional lithium-ion packs, with a thin sheet of lithium-metal foil, which stores more lithium-ions.

Other companies have attempted similar solutions, but only SolidEnergy has been able to eradicate the issues that have led to problems like extremely limited battery cycles and, more worryingly, a tendency to burst into flames.

“The reaction also creates dendrites, metal spikes that can cause short circuits that generate enough heat to ignite the flammable electrolyte.” 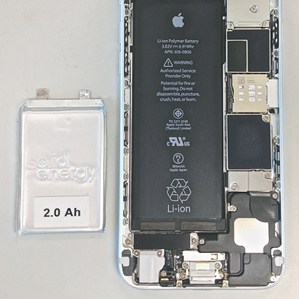 Both these batteries store similar amounts of energy. Photo: SolidEnergy

One of the solutions to this problem is to use a solid electrolyte rather than a liquid one, which is less reactive and also serves as a physical barrier that prevents short circuits. But solid electrolytes aren’t as effective as liquid ones, so the performance improvements aren’t as great.

SolidEnergy’s battery combines both a solid electrolyte and a liquid one, which, unlike conventional liquid electrolytes, isn’t flammable. What’s more, it can be manufactured using traditional lithium-ion battery manufacturing equipment, and recharged 300 times while still retaining 80 percent of its original storage capacity.

It all sounds incredibly promising. Using SolidEnergy’s batteries, manufacturers could produce notebook computers that are thinner and lighter than ever before, and smartphones that deliver twice as much use in between charges.

Instead of getting a day and a half of use out of your iPhone 6 Plus with normal use, then, you could get more like three days before it needs plugging in again. Bulky battery cases and external juice packs could finally be a thing of the past.

“As with most announcements of battery breakthroughs, this one should be viewed with some caution,” MIT Technology Review warns. “The transition from making a few high-performing prototypes to making large volumes consistently can be very difficult.”

Don’t expect to see a SolidEnergy battery in your next smartphone, then, but perhaps in a future one — several years from now — providing the company can mass produce them successfully.