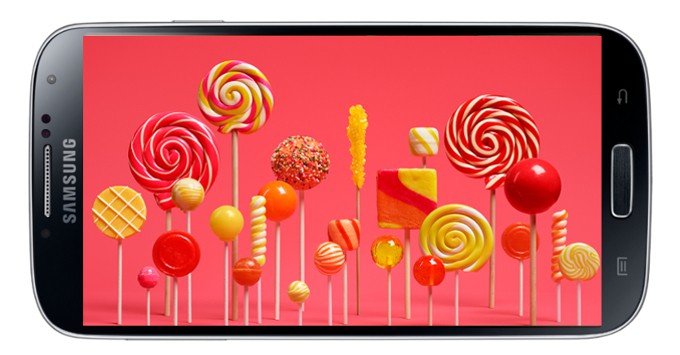 If you prefer to take smartphone software upgrades into your own hands rather than wait for your carrier or manufacturer to bring them to you, then you’ll be delighted to hear that an leaked Android 5.0.1 Lollipop ROM is now available for the Samsung Galaxy S4.

The pre-release firmware works with several Galaxy S4 variants, and it includes everything you would expect from a Lollipop ROM — including Samsung’s latest TouchWiz interface.

The download is available from none other than the XDA Developers forum, but it was originally leaked in China. It appears to be a genuine Samsung build — albeit one that wasn’t meant for public use — and it’s said to work with the GT-I9500, GT-I9502, GT-I9508, and the GT-I9508v Galaxy S4 variants.

The notable omission, of course, is the GT-I9505 model with the Snapdragon 600 chip, which is one of the most popular.

According to reports from other XDA members, the software is relatively stable and there are no significant bugs; all of the essentials are working — such as Wi-Fi, Bluetooth, data connectivity, and cameras. There is one caveat, though: While you can change the language to English during setup, it seems certain system messages continue to popup in Chinese.

We should also advise you to be extra careful with leaked builds like this one — particularly when it’s not totally clear where they came from — because anything can go wrong. While it’s a great way to get your hands on Lollipop early, then, you should backup your data and proceed with caution. You have been warned.

If you do decide to flash this ROM, you’ll get Google’s latest Android release, complete with the latest Lollipop features.