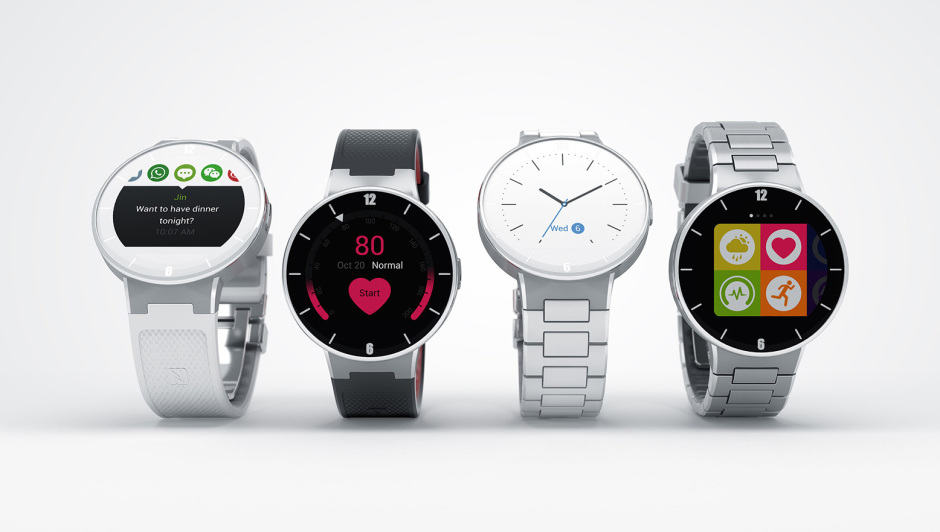 The WATCH will come at a “very accessible price.” Photo: Alcatel Onetouch

Alcatel Onetouch today made a few announcements ahead of CES 2015 next week, and by far its most exciting is for the WATCH, a brand new smartwatch that looks downright gorgeous. The device is clearly inspired by the Moto 360 — arguably the finest wearable so far — but it does have one big drawback… or at least it would seem so.

Alcatel hasn’t actually told us much about the WATCH so far, but we do know this: It’ll connect to your Android smartphone, track your activity and stats while you’re working out, bring your notifications to your wrist, and let you control things like media playback and your smartphone’s camera. It’s everything you expect a smartwatch to be.

At first glance, the WATCH looks just like a Moto 360; it’s round, made out of shiny metal, and it even has a small black or white (depending on which model you go for) bezel at the bottom of its display. There are some differences between the two, and unlike the Moto 360, Alcatel says WATCH– like a lot of the company’s devices — will have “a very accessible price.”

The downside? It doesn’t run Android Wear, which means it isn’t compatible with all of the terrific Android Wear apps we’ve seen so far — or all of the gorgeous watch faces now available from Google Play. But could this also be an advantage?

While Alcatel only mentions support for Android in its press release, there could be support for iOS and other platforms later — and that’s something Android Wear does not deliver (yet).

We’ll know more about WATCH next week when it gets its grand unveiling at CES 2015 in Las Vegas.