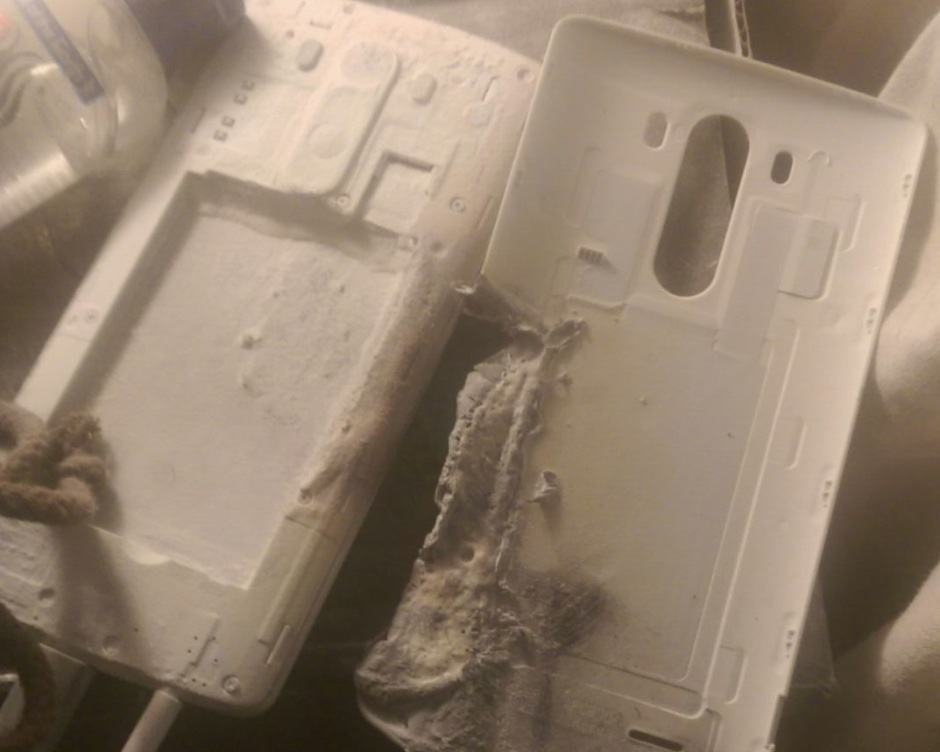 Like a lot of smartphones, the LG G3 gets pretty warm under heavy use — that’s just normal. What isn’t normal is spontaneous combustion, which is exactly what happened to one G3 before it burned a phone-shaped hole right through its owner’s mattress.

I know what you’re thinking: Why are people still sleeping with smartphones under their pillows? Well, in this particular case, that’s not actually what happened. According to Reddit user S-blade, who posted the images above online, the device was simply sat on his sister’s bed completely uncovered while she was getting ready… and then it exploded.

To be precise, the battery exploded. According to S-blade, the device was charging at the time, and the official LG charging adapter, cable, and battery were in use — not cheap, third-party knockoffs.

“This happened suddenly to my little sister’s phone,” S-blade explains. “She was awake in her bedroom, we were annoying her to start getting ready for the morning when she was suddenly crying out that her phone exploded and we turned around to see tons of smoke coming from inside her room.”

The family tried to put out the flames with a fire extinguisher — which is why the G3 looks like it’s covered in a white power — but as it continued to burn a hole through the mattress, they were forced to throw the mattress out of a window. That black thing you see in a bowl in the final picture below is the G3’s battery. 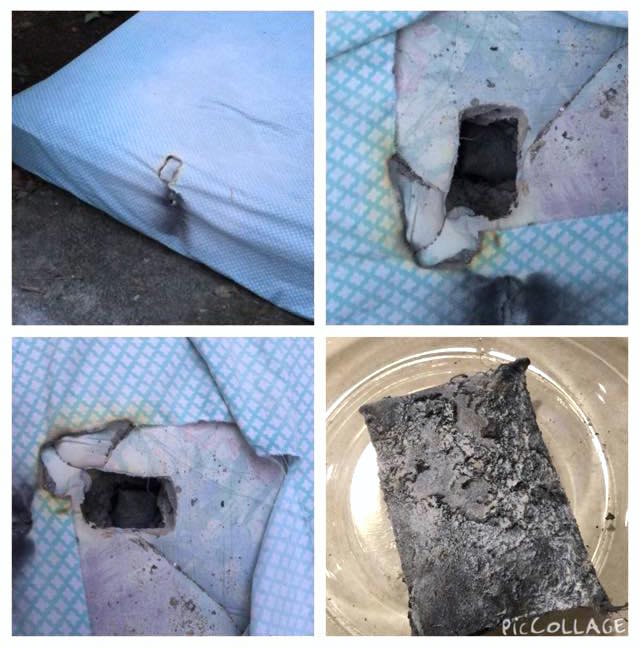 The owner of this G3 is now in the process of contacting LG and the handset’s insurer in an effort to get a replacement device. Here’s to hoping they don’t have to spend the festive period without one.