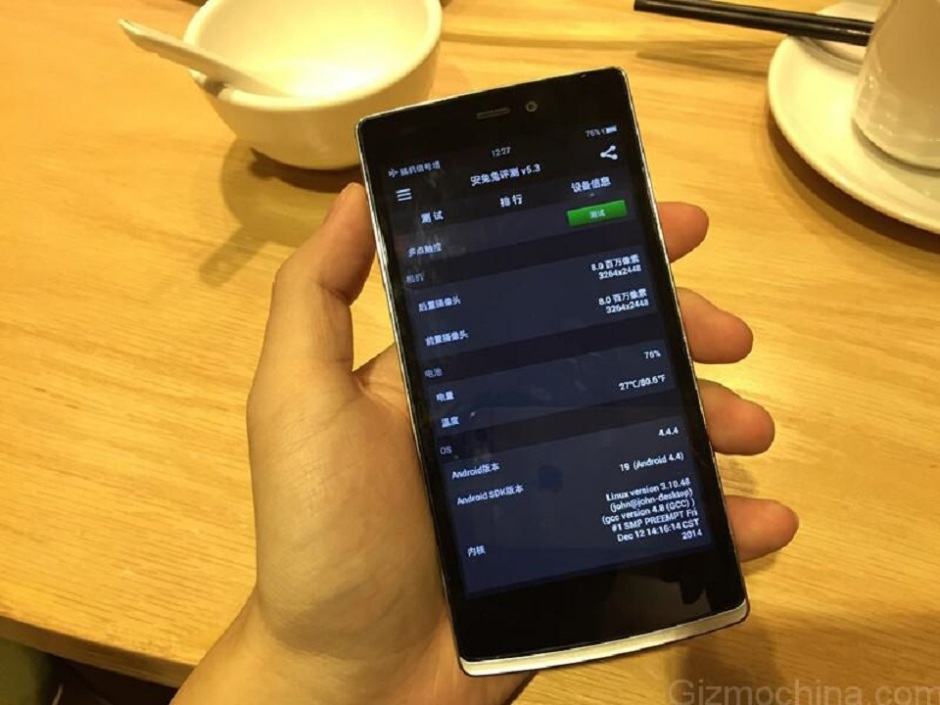 Could this be the OnePlus One Mini? Photo: Gizmochina

One of the best things about the original OnePlus One is that its excellent design managed to pack a 5.5-inch display into a device that is more compact that some 5-inch smartphones, but the upcoming One Mini may not be quite as sleek. These purported images of the new device give us what could be our first glimpse at its 5-inch display and massive bezels.

We’ve long been hearing rumors about a smaller, cheaper OnePlus One, but with the company still struggling to meet demand for its original handset, it seemed unlikely it would already be producing a second. As these pictures suggest, however, that’s exactly what the startup has been up to behind the scenes.

Looking to build upon the success of the full-size One, the alleged One Mini sports a very similar design, with a trademark metal frame that forms a small chin at the bottom of the device. But although its display is half an inch smaller, the One Mini itself may well be just as big — thanks to the substantially larger bezels around its display. 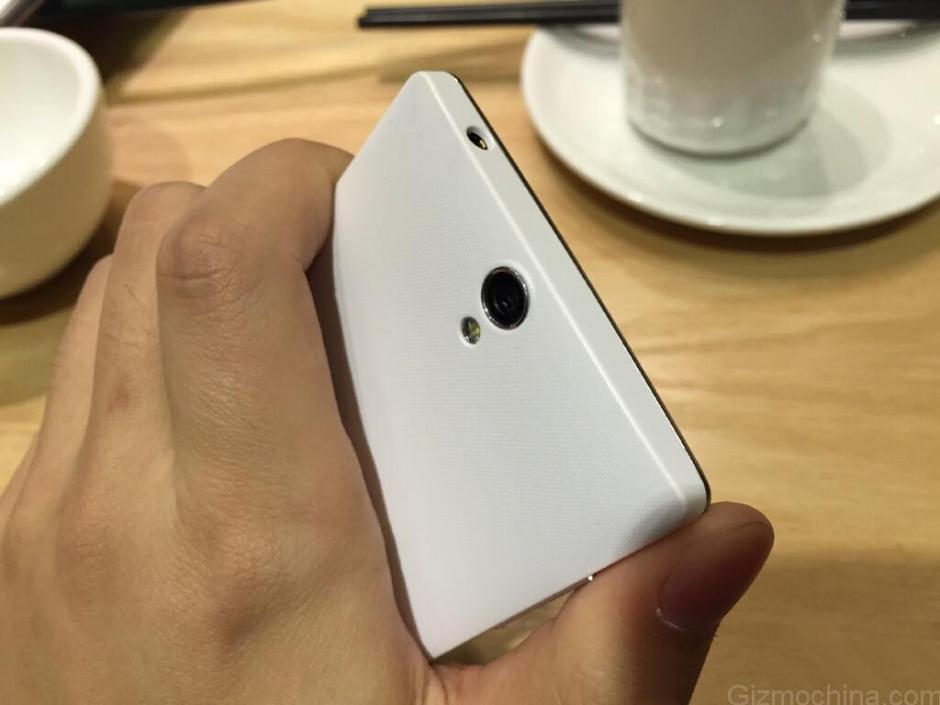 The One Mini looks a lot like the original One from the back. Photo: Gizmochina

Rumored specifications include Qualcomm’s 64-bit Snapdragon 615 processor, 8-megapixel cameras both front and back, and Android 4.4.4 KitKat (at least initially). However, with this device presumably still in development, it’s likely all these things could change before it actually goes on sale — whenever that may be.

It’s also worth noting that the handset in these images could well be a fake — perhaps a cheap knockoff of the original OnePlus One. There’s no logo beneath the camera on the back of the device where we would expect it to be, but that could be because this is a prototype that’s hoping to remain incognito.

We’ll have to wait and see what OnePlus brings us in 2015.