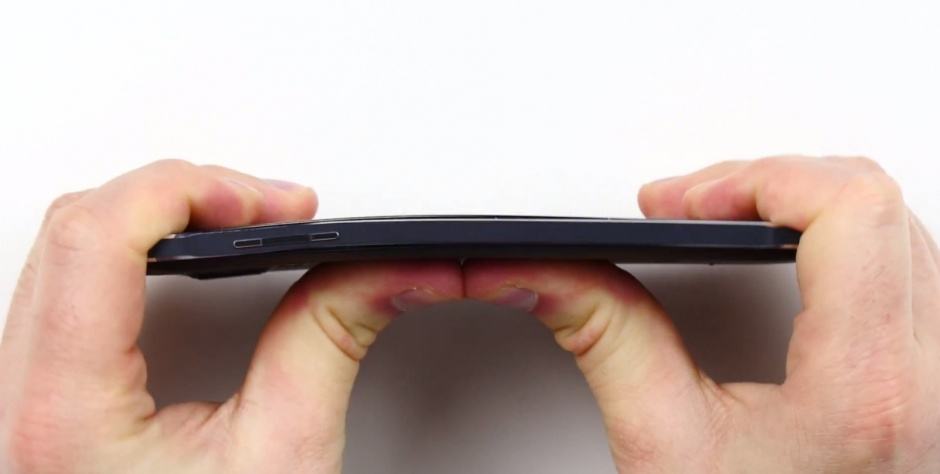 The Note 4 bends, too. Screenshot: Cult of Android

Smartphones made of metal are far fancier than their plastic counterparts, but like other metallic objects, they will bend with enough force. No, “Bendgate” is not exclusive to the iPhone 6 Plus; Samsung’s new Galaxy Note 4 — its first phablet to sport a metal chassis — will bend just as easily if you’re not careful with it.

Our friend Lewis Hilsenteger over at Unbox Therapy has been testing the durability of a whole host of devices from different manufacturers since his iPhone 6 Plus bend test went viral, attracting more than 53 million YouTube views. Last year’s Galaxy Note 3 performed surprisingly well, but of course, it’s made almost entirely of plastic.

Its successor is mostly plastic, too, but it is the first Note device with a metal frame. Obviously we’ve all been itching to find out just how durable that frame is, and how it compares to the 6 Plus’s all-aluminum chassis — so after enjoying the Note 4 for a week, Hilsenteger finally began bending it.

As expected, it will bend just as easily as the 6 Plus if you put a similar amount of effort into it — and unlike the Note 3, it won’t spring back into shape. If you’re careful, you may be able to bend it back, but we wouldn’t recommend bending it intentionally at all.

As Hilsenteger notes at the end of the video, almost every phone will bend if you apply enough force, and it seems those made of metal don’t require as much force as those predominantly made of plastic. But the important thing to remember is that under normal, everyday use with a careful owner, none of these devices should bend at all.

Unless you sit on it, stand on it, or run it over, your phone shouldn’t bend at all.