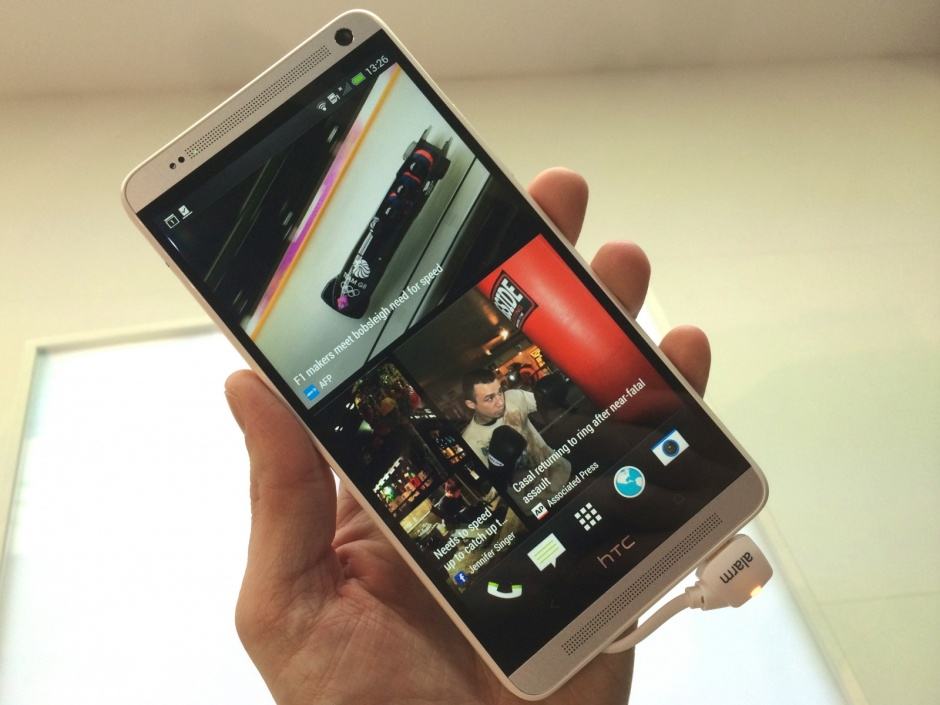 The original HTC One Max. Photo: Killian Bell/Cult of Android

HTC is reportedly gearing up to take on the iPhone 6 Plus and the Galaxy Note 4 with a flagship phablet of its own called the HTC One M8 Max. The device will reportedly offer a 5.5-inch display — the same as the 6 Plus — with a super sharp Quad HD resolution.

HTC’s last One Max smartphone, essentially a larger version of the One M7 with an added fingerprint scanner, wasn’t the success HTC would have been hoping for. Despite its excellent design, many felt its 5.9-inch display was a little bit too big, and the device failed to mount any real challenge against the Galaxy Note.

HTC will be praying its slightly smaller One M8 Max won’t suffer the same fate. To give it the best chance at success, the Taiwanese company is said to be overloading it with cutting-edge specifications and new materials.

Chinese site MyDrivers reports that in addition to its 5.5-inch Quad HD display, the One M8 Max will pack a 2.7GHz Snapdragon 805 processor, 3GB of RAM, and an 18-megapixel camera with optical image stabilization. It will also ship with HTC’s new Sense 6.5 user interface, which is based on the “latest” version of Android (presumably Android 4.4.4 KitKat).

The device is expected to look a lot like the One M8, but MyDrivers claims it will be made out of an “aluminum + silicon [sic] carbide ceramic alloy.” According to previous reports, the One M8 Max will be HTC’s first water-resistant flagship.

It sounds pretty darn impressive indeed — and it will have to be if it really wants to steal marketshare away from Apple and Samsung. Don’t expect the device to appear at HTC’s “Double Exposure” event later this month; it reportedly won’t be available until the fourth quarter of 2014.