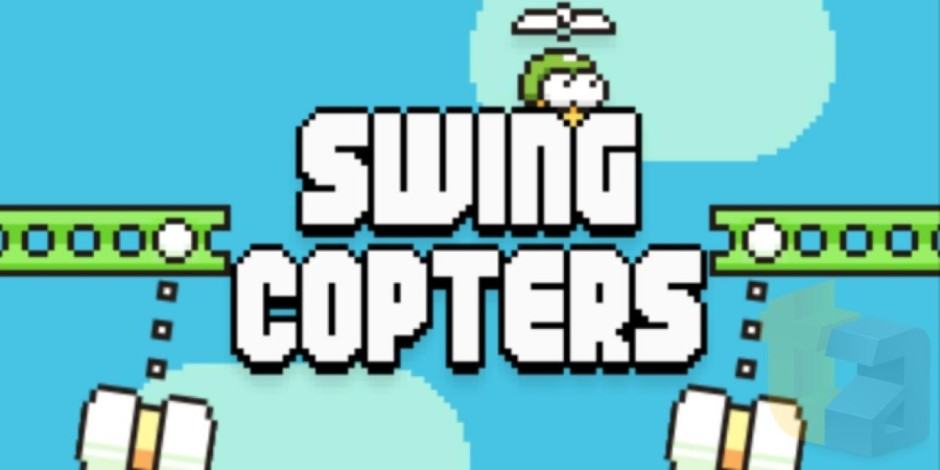 Swing Copters is already a massive success on Android and iOS.

Swing Copters, the latest title from Flappy Bird creator Dong Nguyen, is in the limelight yet again this week following claims it plagiarizes another mobile game.

Development studio Open Name believes the super-addictive title is a ripoff of Bog Racer, a game they released on Android back in July that was recently pulled from the Play Store after Google decided it was a Swing Copters clone.

In an email to PocketGamer, Open Name claims that Nguyen “heavily borrowed ideas from its one-touch driving game” to create Swing Copters, and the company insists it will do all it can to get the game removed from app stores.

“We will use all of our modest means to restore justice, and we intend to apply a request that Swing Copters be removed from the app stores,” the email read. “We are well aware that our chances are very slim, which is why we ask for the support of everyone who is partial to our cause.”

Bog Racer, a driving game, doesn’t look much like Swing Copters at all, but its control system and gameplay are very similar. Players must tap the screen to swerve back and fourth in an effort to avoid oncoming obstacles and go as far as they can, and once they’ve crashed, they must start from the beginning.

It’s hard to tell whether Nguyen really did copy the idea behind Bog Racer to create Swing Copters, but it certainly seems plausible that this is merely a coincidence. After all, Bog Racer only arrived on Google Play in July, which means Nguyen would have had to have developed his game in just a few weeks.

In addition, both games are built upon a pretty simple idea, and there are countless titles that came before them that use a similar control system.

What adds insult to injury for Open Name, however, is that Bog Racer was recently pulled from the Play Store during Google’s massive Swing Copters clone clear-out — despite the fact that it launched weeks earlier. Not only is Swing Copters enjoying heaps of success with a similar idea, then, but Bog Racer is no longer available at all.

We’ve contacted Nguyen for his response to Open Name’s claims, and we’ll update this post when we get one.