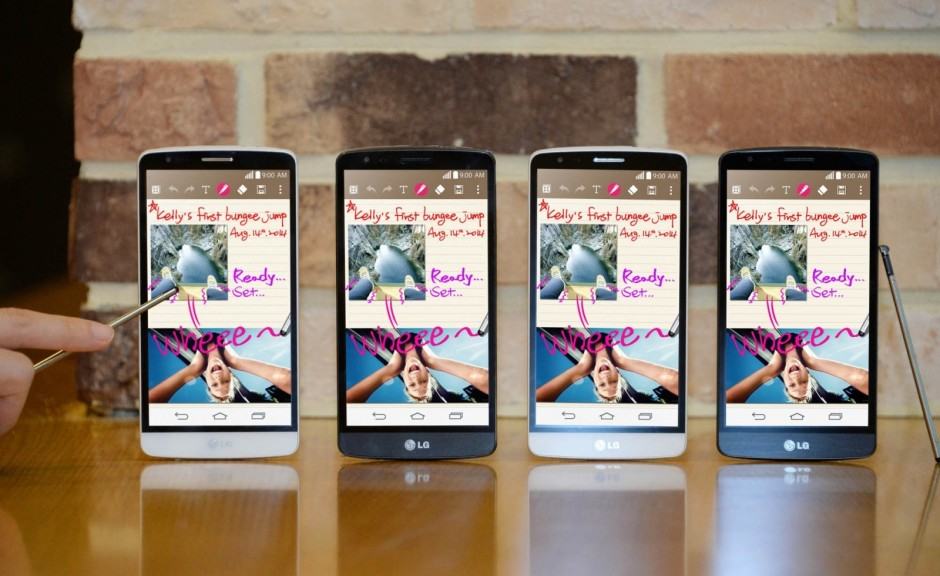 LG has officially announced the G3 Stylus ahead of IFA 2014. The new phablet is here to take on Samsung’s successful Galaxy Note series, and it looks almost identical to the flagship G3 — but it’s nowhere near as exciting internally. Those hoping for stellar specs might want to look away now.

The G3 Stylus has a 5.5-inch IPS display, which offers a disappointing qHD (not QHD) resolution of 960×540. It’s powered by a quad-core processor clocked at 1.3GHz and 1GB of RAM, and it has 8GB of internal storage which is expandable via the microSD card slot.

Available in black, white, and gold, the G3 Stylus will be shown off at IFA 2014 in Berlin next month, where we expect LG to confirm its price tag and release date.

The G3 Stylus obviously can’t compete with the Galaxy Note when it comes to specifications, but it could be an ideal device for those who want a large smartphone that won’t break the bank. Just don’t let its looks fool you into thinking it’s as good as the original G3.