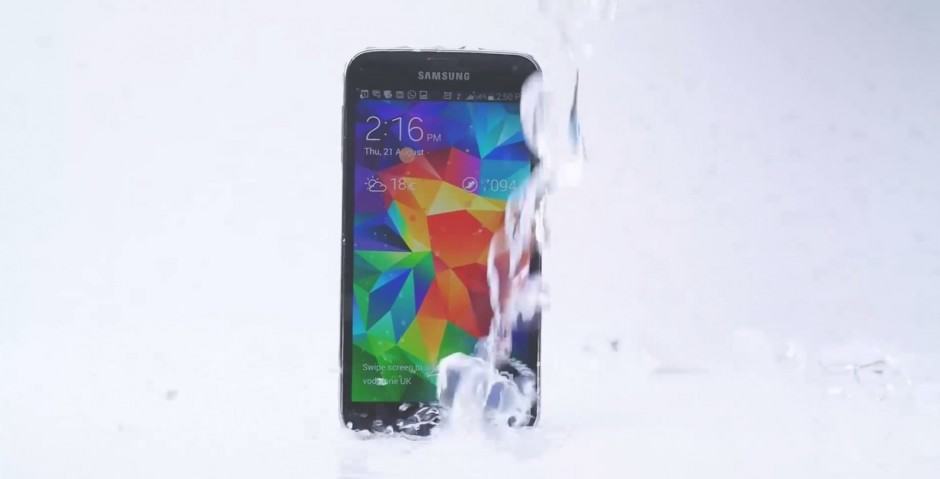 The Samsung Galaxy S5 has become the latest tech giant to take on the Ice Bucket Challenge to raise awareness for ALS — but does it have an ulterior motive? Like the vast majority of videos that Samsung puts out, this one can’t help but take a swipe at competing devices from rival companies.

The Galaxy S5 is one of a small but growing number of Android-powered smartphones that are water-resistant. Some of its biggest competitors — specifically the iPhone 5s and the HTC One M8 — are not. So naturally, Samsung feels the need to point this out in the video.

“I am the Samsung Galaxy S5. This is my Ice Bucket Challenge,” the handset’s digital voice assistant says in the video, before nominating the two handsets mention above — as well as the Nokia Lumia 930. Try the same stunt with these handsets and, of course, you’re likely to end up a water damaged device that could cost a fortune to repair.

Samsung does encourage viewers to donate to the Motor Neurone Disease Association on its YouTube channel, but it’s a shame the company used its Ice Bucket Challenge video to take another stab an its competitors.