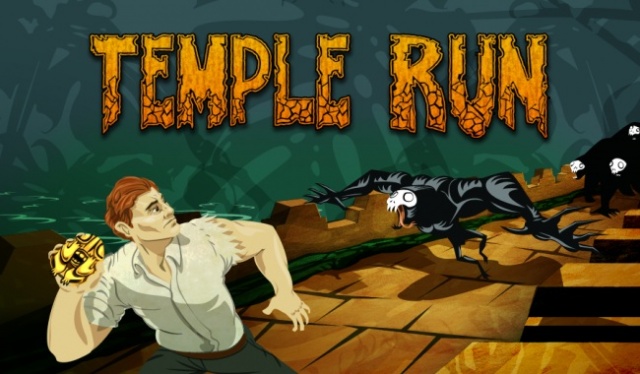 March 27th is here, and as promised, Imagani Studios has released Temple Run onto the Google Play Store. This highly addictive game has been winning over iOS users for months and has been downloaded over 40 million times. It’s already been downloaded 5,000 times since it landed in the Play Store and I have to admit, the game is addictive. I downloaded it myself an hour ago and my kids have been fighting over it ever since.

Temple Run won’t cost you a dime and doesn’t seem to have any annoying ads (yet) like other popular games (*cough* Angry Birds *cough*). It does feature in-app purchases which seem to start around $.99 and after reading the reviews, there does appears to be a few issues with certain devices. I’ve been running it on my Galaxy Nexus for a bit now and have myself been experiencing multiple crashes, but it’s a new app so I’m sure we’ll be seeing an update to fix these issues.

Well, what are you waiting for. Go download Temple Run for Android and start enjoying the endless running game that has taken the mobile world by storm. Some call it hype, I call it fun and well worth the zero dollars it will cost you to play.